Take a vacation to the Golden City of Las Vegas in new quests on Earth! Embark upon the Rideroid, a mobile weapon capable of flight, to reach high atop buildings where enemies will sometimes appear. 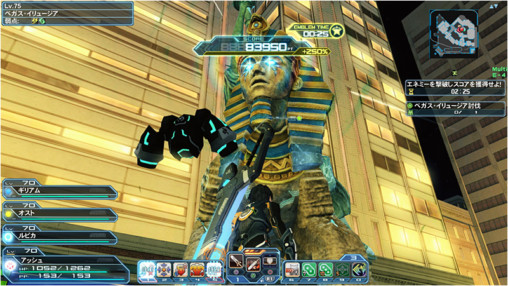 The Statue of Liberty, riding a sphinx mount, will be featured as a boss called Vegas Illusia. As an embodiment of the famous sights of Las Vegas, she employs an array of bizarre attacks. 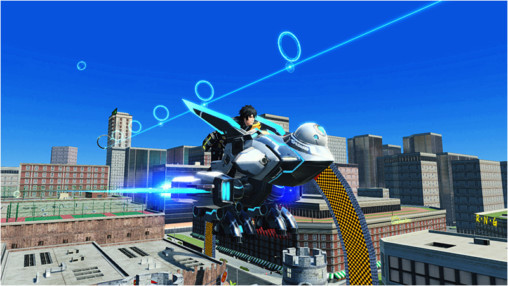 Master the skies of Las Vegas aboard the Rideroid! This craft is capable of high velocity aerial movement and can perform swift maneuvers, such as an upward boost dash and a nose dive. It can be accessed from the Rideroid Stands located across the field.

Las Vegas is teeming with all sorts of unusual new Phantoms. 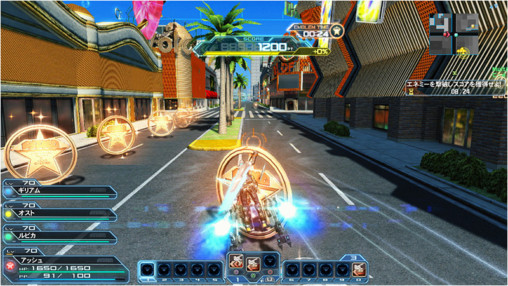 Riding Quests are essentially a score attack mode in which players must increase their score within a limited time frame by defeating enemies and clearing Emergency Trials. Special events called “Emblem Time” will have everyone scrambling to collect as many emblems as they can before the clock winds down.

Collecting these emblems fills a bar that increases the score’s boosting rate. It’s imperative that we aim for a high score, as it will determine the rare drop rate for the items that are rewarded at the end of the quest.

The Las Vegas Collection introduces the Titan, Stelk, and Form weapon series. The Form series comes with a peculiar potential that causes a projectile slash to emanate from your weapon when attacking.

This collection also gives players an opportunity to obtain the Deadly Parfait, a ★13 candy that boosts a pet’s critical attack damage by 10%.

The implementation of PSO2 The Animation characters as in-game NPCs continues with the arrival of Kid and Silva. For just a limited time, both of these CASTs will be available in the Shop Area.

Collect their partner cards and complete their client orders to earn ★13 versions of their signature “God Hand-NT” and “Astral Riser-NT” weapons! These particular client orders are repeatable, and you can even change the photon color of said weapons at the Item Lab.

Shinkurō (or Synchrō) is a Japanese themed pet whose Photon Art ability becomes stronger when you utilize its “combo power.” This “Combo Power” gathers as you connect different PAs in succession. Once enough of this power is collected, you can release an all-powerful final blow with the [Shinkuro Geki] attack.

The Gathering System has expanded to the Las Vegas and Floating Facility fields. Expect to see a new recipe that raises the rare drop rate along with a ton of new skill rings that cover various features. 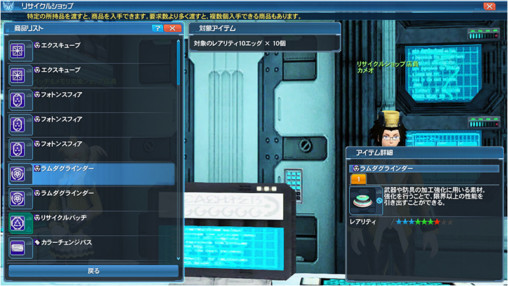 Put those extra ★10 and ★11 pet eggs to good use by trading ten of either-or for one Lambda Grinder at the Recycle Shop!

PSO2’s collaboration with Godzilla continues with the release of a costume and Mag device in the aptly named King of the Monsters scratch! Outfits worn by Enga and the other Earth Guides will also appear.