Sega has just announced the Smartphone version aka Phantasy Star Online 2 es has been delayed until 2013. The smartphone version is said to be a sub platform of the Vita and PC version. Though they intended to release the game sometime this winter, they regretfully decided to push back the release until 2013. This will allow them to further improve the quality of the game. 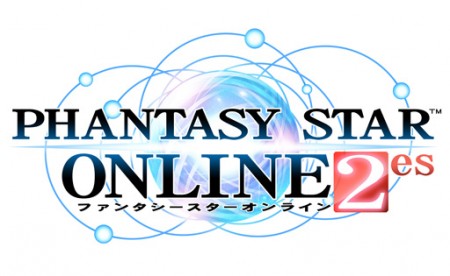 Phantasy Star Online 2 es is the title for the Android and iPhone version of PSO2. Even though this version of the game doesn’t support cross platform play, it will link up with the PC/Vita versions. 4Gamer provided a short preview of the game. Basically, your friend partner (NPC) can accompany you on a quest and you progress through the game by selecting chips on the screen. Along the way, you can battle enemies, find containers, and defeat the boss in the deepest area. 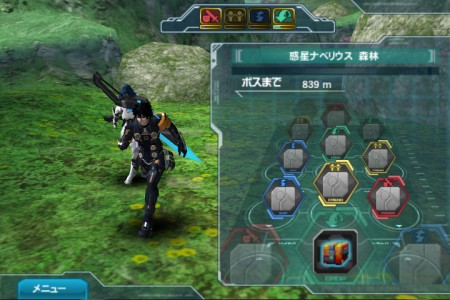 You progress through the quest by choosing any of the three icons at the front of the screen known as “PSE Chips.” Depending on the color, you get a bonus effect. These bonus effects could boost your attack power, or increase the drop rate, etc. If you collect a certain number of chips, a PSE burst can occur and the bonus effect rises even more. 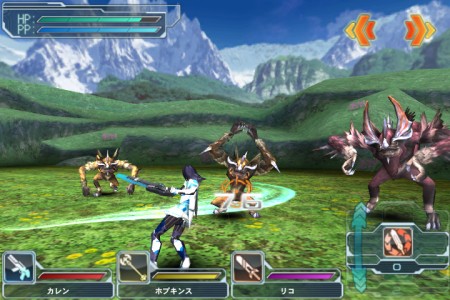 When you encounter an enemy, you can perform different actions by tapping and swiping. For example, swiping the screen lets you avoid enemy attacks. 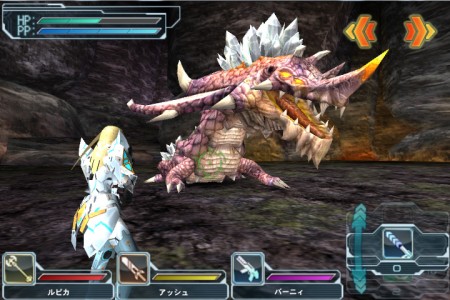 Certainly, you can use photon arts and technics too. 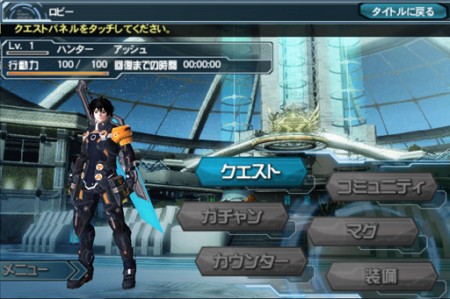 Outside of quests, in the lobby there are buttons for Gacha, Community, Mag, Counters, and Equipment. What you do in this version of the game through the items you obtain and EXP will be reflected in your PSO2 PC/Vita character in some way.

Tomorrow, Sakai will discuss more details about the Smartphone Version of PSO2 and we hope to provide better coverage about the game until then.