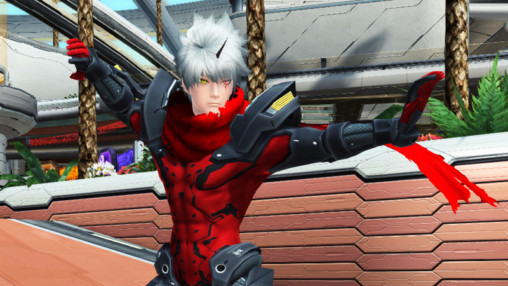 †Coa† is the narcissistic PSO2 character created by Kota Kayano, a close friend of Itsuki and a member of Seiga Academy’s karate club.

※Coa’s cosmetics are included with the Vol. 4 Blu-ray/DVD of the PSO2 anime.