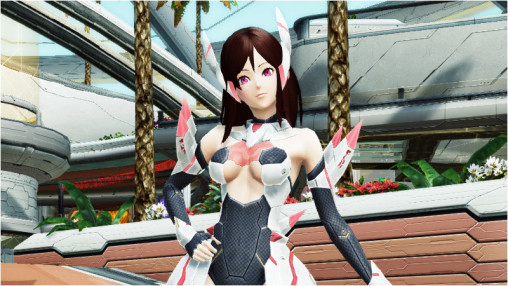 RINA is one of two characters created by Rina Izumi in Phantasy Star Online 2 The Animation. This character “coincidentally” shares her likeness, much like Itsuki Tachibana’s character.

※RINA was introduced to PSO2 as a temporary NPC in an update on April 20th, 2016.

※RINA’s cosmetics are primarily included in the EP4 Deluxe Package, with additional items in the Blu-ray/DVD releases of the PSO2 anime.