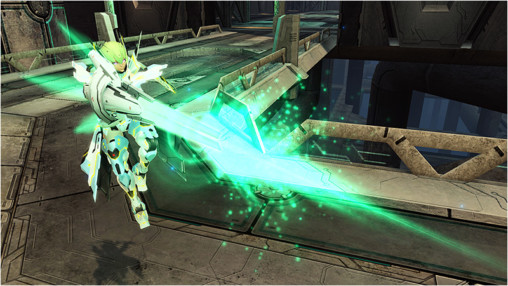 The PSO2 character of a young girl in elementary school. She supports her allies in combat with the peerless accuracy of her assault rifle.

※Silva was introduced to PSO2 as a temporary NPC in an update on August 24th, 2016.

※Silva’s cosmetics are included with the Vol. 6 Blu-ray/DVD of the PSO2 anime.