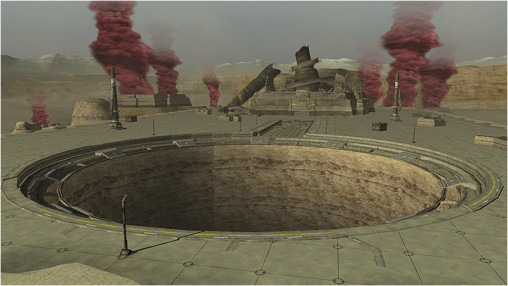 Deep underground, beneath the devastated mining base of Lillipa, lies a new threat. In the [Mining Base Defense: Demise] Emergency Quest, players will proceed to the depths to wipe out Apprentice and prevent the resurrection of Dark Falz. 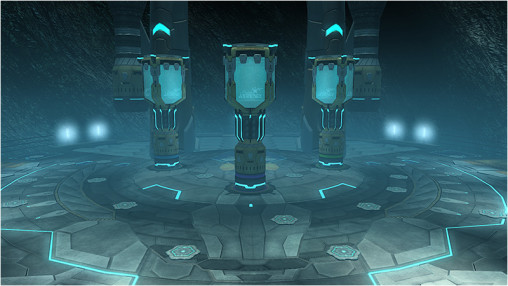 Like previous Mining Base quests, the ARKS must defend the remaining bases while repelling waves of Darker adversaries. Demise will be the toughest battle yet, with the inclusion of Darkers both new and old.

Dark Falz Apprentice Gia emerges during the final wave, with extensive attacks that can blast players away. It can also summon enemies that self-destruct, and can amass an attack with enough destructive force to utterly demolish a base.

A.I.S. corrupted by Darkers are among the new enemies players will face. These A.I.S. Exoda will terrorize players with the very moves once used to assist them.

Small insect Darkers known as Damoth will swarm the bases like bees, seeking to self-destruct and cause large amounts of damage.

※[Demise] is a pre-scheduled emergency quest and will only appear at the times listed at the official site. 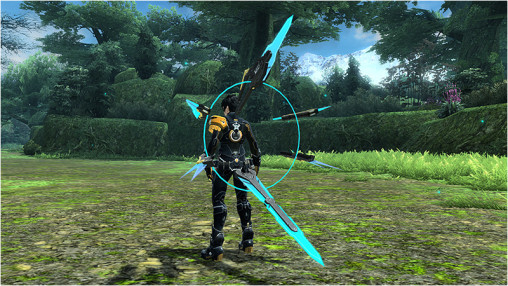 The peculiar new “Orbit” series of ★13 weapons can be obtained from Mining Base: Demise. Each part of the weapon is arranged around a Photon ring when sheathed. However, unsheathing the weapon changes not only its appearance, but also the effects of its potential ability. In other words, the effects of the potential differs when the weapon is sheathed or unsheathed.

These weapons can also be acquired from Zieg through exchanging Pleiades Stones and Torana Fragments. Pleiades Stones can be found in any of the Mining Base Defense quests. 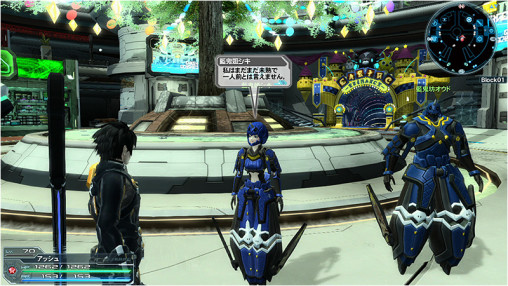 Shiki and Oudo are back with new blue variations! Ao Oni-hime Shiki and Ao Oni-bou Oudo, once again designed by Masaki APSY, will be located in the lobby for a limited time. Complete their client orders to receive the partner cards of both characters.

Expect to see them during Emergency Trials in the Shironia and Kuron fields.

The costumes and accessories of the original Phantasy Star Online’s FOnewm and FOnewearl will be added to the Ragol Memory Exchange shop. The full listing of items can be viewed here.

The final scratch of the year is here, featuring a collaboration with Nippon Ichi Software’s [Disgaea 5]. Fabulous outfits and hairstyles of characters Killia, Seraphina, and Usalia will appear, with series mascot Prinny now realized as a Mag device. NPCs Afin, Euclita, and even Aurora’s costumes will be included, alongside the new CAST parts of Shiki and Oudo.