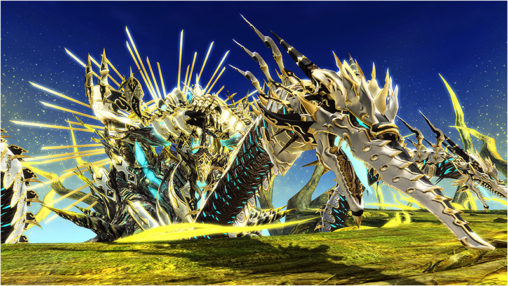 Face the divine wrath of Deus Esca Zephyros in the [Phantom God of Creation] Emergency Quest! The ARKS head to the Phantom continent, which suddenly surfaced in the Pacific Ocean. There, God awaits those
who would challenge his will atop the great Yggdrasil Tree. Repel the remnant forces of Adam's angelic army and race to the top with the help of Dash Panels. Watch out for Deus' skewering assault of spikes along your path. Quell Deus Esca in his final form and save this world from being born anew.

This Emergency Quest will only take place at pre-scheduled times and can be cleared only once on each ship per occurrence. A player's main and sub class must be at least level 75 in order to play the quest on the Extra Hard difficulty.

Be sure to grab one of the [Phantom God Collection] sheets before you head out to get one of the new Zeinesis series weapons. By collecting Qliphad Fuses from the quest, you can unlock a new potential or upgrade the weapons into the Qliphad series.

Additional ★14 weapons will be added to game's drop list. As low as the drop rate may be, just think of how satisfying it'll be when you finally get one! Not to mention, they have fairly unique potentials too. With their elemental and overlimit caps maxed out by default, you'll be able to grind to +35 right away. 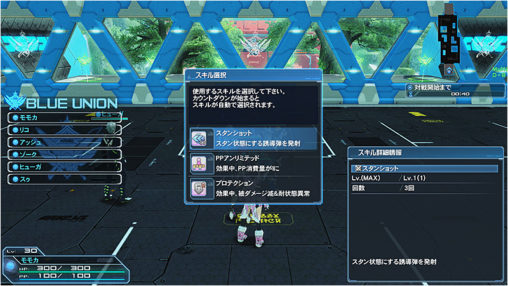 Battle Arena is expanding with the addition of a Skill system. Three of these skills will be shown at the start of the match. Among the list, you can select only one skill for use during battle. Each skill has its own individual limit to the number of times it can be activated during the match. 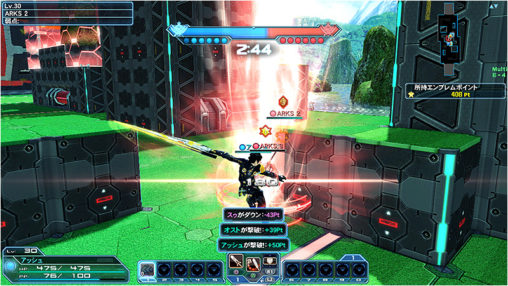 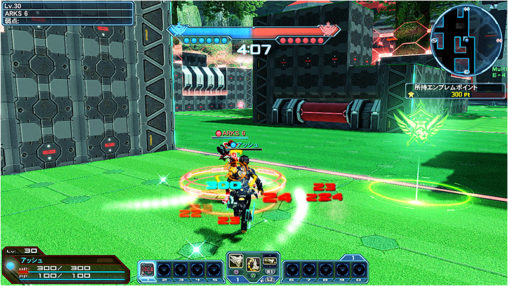 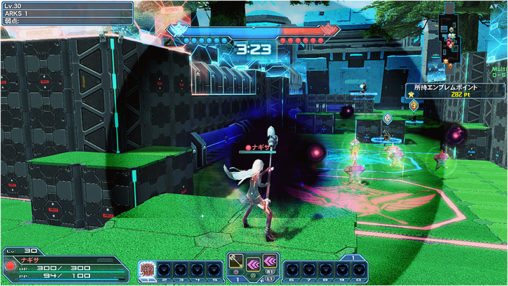 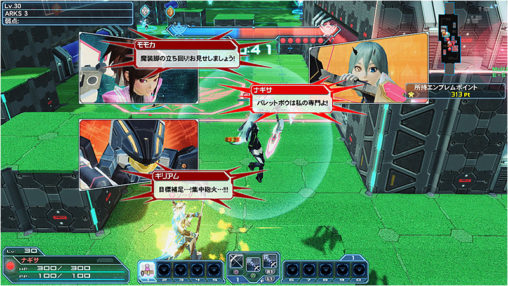 Jet Boots and Bullet Bows are making their way to the Battle Arena. These weapons can be obtained at random by mining at a Pick-Up Spot. Excelling at mobility, these weapons will allow you to reach high in the sky thanks to the addition of a double jumping ability. This weapon will feature one of two photon arts; [Strike Gust], which turns a vertical roundhouse kick into a drop kick through the shift action, or [Gran Wave] which pummels the enemy with high speed kicks allowing you to float away with the shift action. A ranged weapon that plays an active part in mid/close range combat. If you charge its basic attack, you'll fire arrows in 3 directions simultaneously. This weapon contains [Last Nemesis], a photon art that takes some time to activate, but can heavily damage the target. 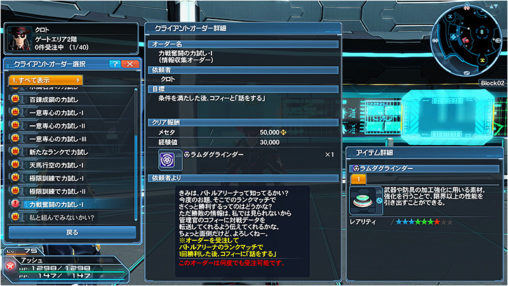 Head to Klotho to pick up some Battle Arena client orders! You can unlock them by clearing [A Trial of Precious Time]. These client orders will task you with speaking to Koffie after you've won Ranked Matches. 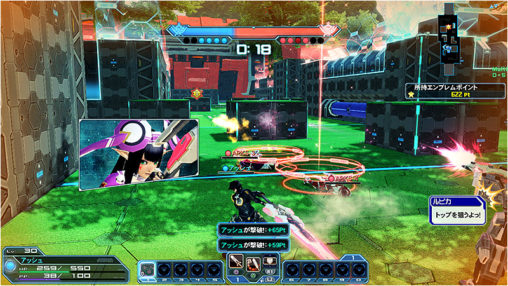 A new ruleset will be available for a limited time to help players prepare for the ARKS Battle Tournament 2017. Limited to Password Matches, this ruleset will encompass the new weapons and skills added along with this update. ARKS who are interested in participating in the offline tournament, should use this quest to polish their skills! Introducing the Style Catalog, a new system where you can view, evaluate, and save the fashion choices of other characters! With this feature, your character can register a [Style] comprised of costumes, layered wear, and accessories. Prior to completing the process, you'll have the choice of selecting a genre which represents the theme of your outfit. [Sexy], [Intellectual], [Wild], [Elegant], and [Cute] are just some of the genres you can choose from. In addition, you can add up to 3 [Search Tags] for your outfit. Lastly, you'll have the option of selecting a [Lobby Action] and [Expression] to pose in the outfit. 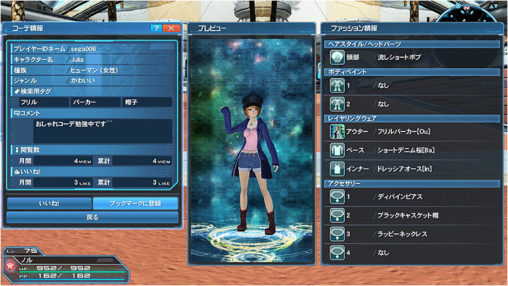 You'll be able to see other character's fashion choices by selecting the [Style Catalog] from the main menu. These styles can be sorted into three categories; by [Most Likes!] [Most Views] and [Newest Arrivals]. You can even search for styles based on their tags, genre, race, and gender. Once you find a fashion choice that you like, you can [Bookmark] it and save it as a [My Fashion] preset. 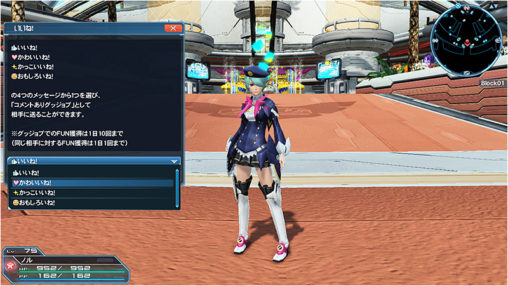 Players will be given the option to [Like!] an outfit using 4 different reactions. Doing so will net you FUN Points in return. The formerly limited Rappy pet will become available for all to obtain! This ★13 edition of the pet is as glamorous as ever, with stats beyond that of the original ★10 version. Pietoro will receive a new client order for defeating enemies with your pet Rappy. Complete it to earn a ★10 Bonus Egg! Premium Set users will receive an additional twenty slots for My Fashion presets. This update will add new timed abilities covering the [Mining Base] quests. A new social feature will display whether a fellow Team Member or Friend hasn't logged in for a while. 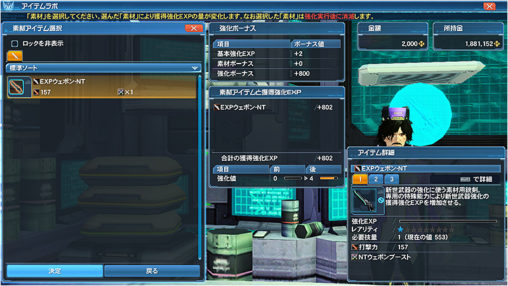 An [EXP Weapon-NT] item will be added to the Recycle Shop. This weapon has a special ability that provides NT Grinding experience points when used as a fodder. The in-game currency used to purchase Extra Skill Tree Reset Passes will be switched from AC to Star Gems. Annette will reappear, joining Gene and Bruno in the lobby until June 7th! The PSO2es trio will offer up new client orders giving you more opportunities for obtaining Chip Fragments. Transform into cute animals with the help of new zoological layered wear and CAST parts! A floral kimono and casual capri pants will also be included among the scratch's selection of outfits.