Endure God's wrath once again with the emergence of an even more powerful boss! The battle against Deus Esca Gracia will be intense, thanks to its enhanced power and defense. 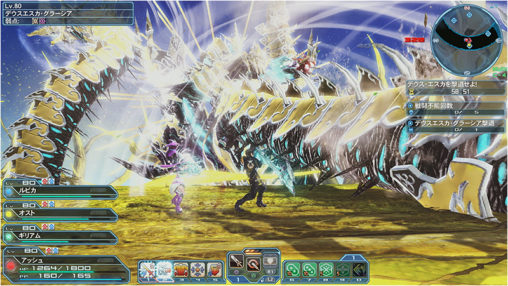 Access to this quest is limited only to level 80/80+ players who've defeated Zephyros on Extra Hard. This iteration will not only skip the Yggdrasil tree ascension section, but also restrict the number of participants to just four players. 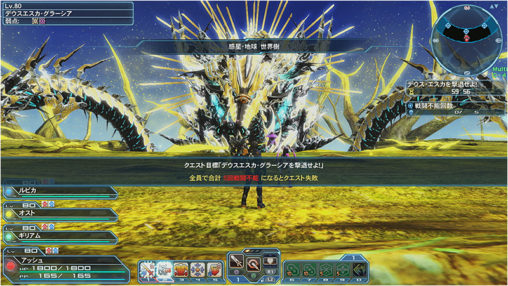 Those with the courage to dare defy Gracia have yet another thing to worry about. Once five player incapacitations have been accumulated during the battle, the quest will automatically fail. However, those who persevere to the end will have the opportunity to receive a Qliphad weapon or even a ★14 weapon drop. 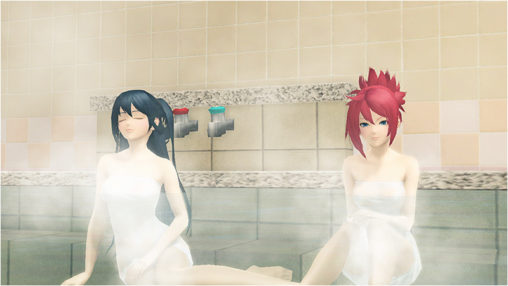 The series of dramatic events that plagued Earth have come to end thanks to the brave efforts of the ARKS. With peace restored, Xiera wonders what Hitsugi is up to after returning to her everyday life. Meanwhile, the player receives a sudden invitation from Phaleg.

Phaleg Ives, her body the peak of human potential, wishes to duel our hero once again. Besting her in battle will be no easy task, with her lightning fast speed and magnificent moves. As the battle rages on, she'll grow resistant to certain weapon types. Vary up your arsenal and keep this demon on her toes. The slightest mistake could spell doom.

Winners Design 4 [Side B]

The remaining item designs that won during the 4th Anniversary event will be unleashed in a new scratch. Adorn your character with costumes and accessories created by your fellow players!

In unrelated news, Kotobukiya is gearing up for the release of the A.I.S plastic model! This item is expected to go on sale August 2017 and will include item codes for the Evo. Device / AIS and a room mat.

Lastly, by speaking the phrase 毎月第二第四週末はネットカフェブーストデー using the in-game chat, you'll receive a +100% Tribooster at the Visiphone.

Leave a Reply to oh no Cancel reply