A Devil Castle has been spotted in the Es-Ars region! Join up with your fellow ARKS and take down the threat as soon as possible. We've also confirmed sightings of Omega Dourumble in the area, with additional reports indicating the presence of an army of Dourumble clones! 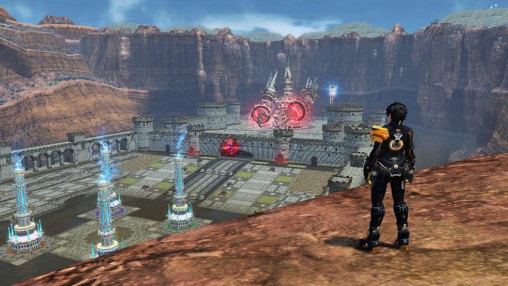 Perpetual Madness is the latest Emergency Buster Quest to hit the servers. It will take place on a new map within a canyon, surrounded by walls of sedimentary rock. Enemies will approach not only from the front, but also the sides. Thus, you'll need to pay more attention to the surroundings compared to the Buster Quests released so far. 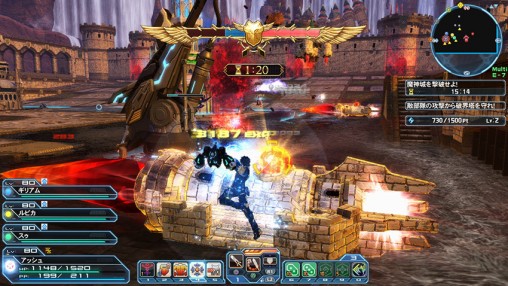 You'll face an onslaught enemies of the four main Darker types, including Omega Hunar, Omega Angel, Omega Apprezina, and even Omega Dourumble. At the end of a phase, these "humanoid" forms will rush towards the Buster Towers in an attempt to quickly destroy them.

Perpetual Madness is a pre-scheduled Emergency Quest, with [Hard], [Very Hard], [Super Hard], and [Extra Hard] difficulties. You are permitted to finish this quest (win or lose) up to two times per ship. If you wish to participate on [XH] difficulty, your main and subclass must be level 80+, or just level 80 if you're a Hero.

Omega Dourumble, a more chaotic version of Falz Dourumble, will make its appearance in Perpetual Madness. Be on the lookout for [Dourumble Clones], which tend to show up in large numbers.

The devil castle [Buster Valace] will be equipped with new attacks and weaponry, such as its [Devil Sky Cannons]. In addition, new [Accidents] can occur. For example, [Enemy Detection Interference] disrupts the area and radar map, and [Demonic Fog] casts heavy fog in the area.

The ARKS can utilize three new weapons to aid them in battle.

[Daggers of Djibril] and [Boots of Djibril] can be obtained from Perpetual Madness. You can even change the photon color of these weapons!

New ★12 units can be obtained from the Omega "humanoid" bosses. 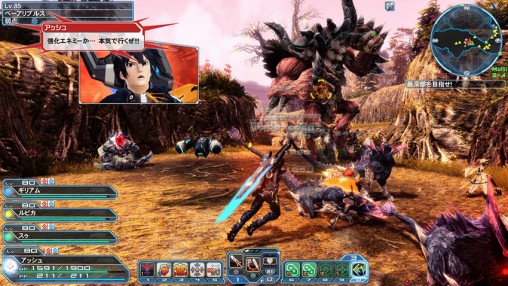 The next Ultimate Quest renewal arrives to Naberius. This update adjusts enemy stats and provides a chance for Lv. 85 enemies to appear. Be sure to look for Dark Empe Rappy, as it can refill your Dark Blast usage upon defeat.

Adorn your character with items from the Soul Reverse collaboration! Luce's costumes, hairstyles, and accessories will all be available from within the scratch. Aside from this, you can recreate characters from the story, from Flo to Clarissa, and even Es-Ars civilians.