The concert will be performed by the Tokyo Philharmonic Orchestra led by Masamichi Amano as conductor.

This is only a partial list of the 20 something songs they plan to perform.

Everyone in attendance can receive codes for the following in-game items:

Sega will be selling Phantasy Star goodies near the entrance of the concert hall. Concert tickets are not required to purchase the following items:

You can view the entire list of SEGA goodies at the Phantasy Star Portal page. 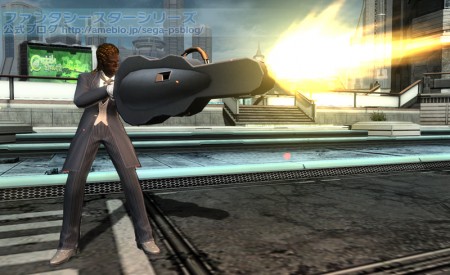 The March 27th update will add a new feature called Weapon Camos. Weapon Camos will change the weapon’s physical appearance, sort of like equipping clothes onto your weapon. You can obtain weapon camos either through AC Scratch or as promotional items (like the Guitar Case from the Sympathy Concert.)

Players can dress up their characters in bath towels and relax in the new Hot Springs team room. The bathtowels can be equipped by all races so even casts can wear them too.  Did you know there’s actually two types of bath towels? 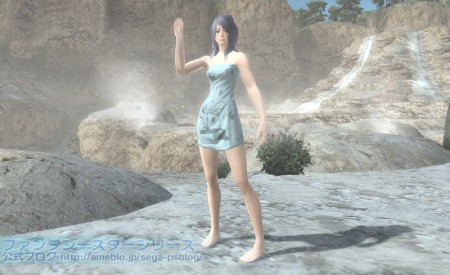 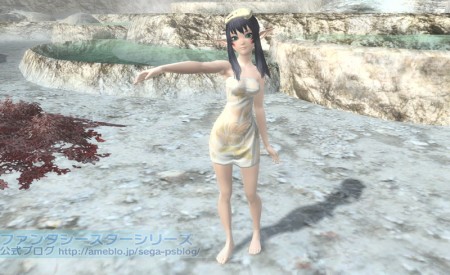 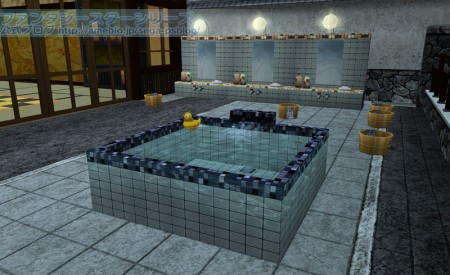 Sakai doesn’t recommend loitering around in the lobby in your bath towel, but I doubt anyone is going to listen to him anyway. Right? 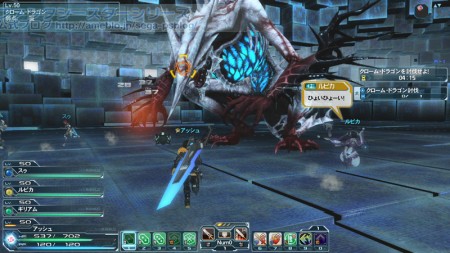 A new Emergency Quest titled “Grudge of the Wild Dragon” (or Reckless Dragon) will allow the Chrome Dragon to appear on PC exclusive blocks (without needing someone else to tag it.)

Next week’s maintenance will occur at a different time.

We’re looking for someone who’s interested in writing news for the English release. If you’re interested, comment with your email address in the address field. We prefer someone with a lot of free time since news can break at any time of the day.