The latest Famitsu revealed some details about Kuna, a mysterious new character, and the Chrome Dragon. Unfortunately, most of the scans were either blurry, or cropped out the majority of the article. We’ll have more details once they become available.

Along with Kuna, there’s another new character with blue hair being referred to as the “mysterious girl.” She appears to be chasing after the Chrome Dragon. Yet if you compare both her and Kuna side by side, you may notice something familiar with their hairstyle. 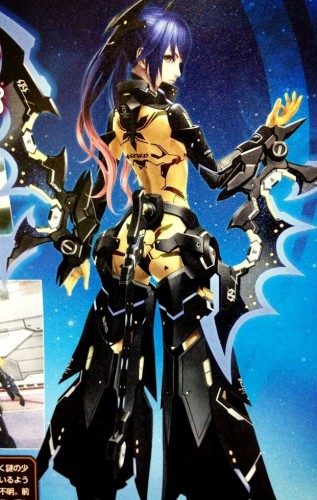 Her hair fades in the opposite direction of Kuna.
Are these two characters one and the same?

As for the Chrome Dragon, he gets stronger as he preys on other enemies. He’ll grow new parts on his body, increasing his attack power and speed. You could say he’s the king of the food chain.