Get ready for the start of a new Summer Event! The Summer lobby returns, complete with an adorable surfing Rappy statue. Take a ride down one of the new water slides and splash into the pools below!

Xie (Summer 2015) will appear in the lobby for a limited time, handing out new client orders. Clear her orders for rewards like the [＊Assault Mikoshi ] weapon camo!

A new Summer 2015 Bingo card will be distributed, featuring mostly beach-related objectives. Fill out the card for rewards such as booster items and the [＊Retro Balloon ] camo for wired lances! 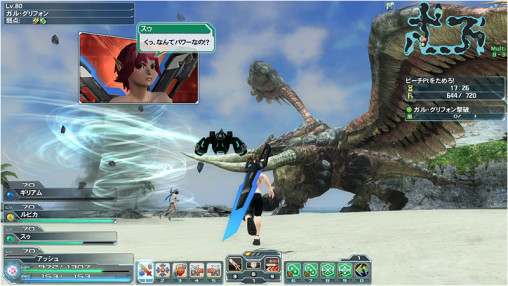 Head back to the beaches of planet Wopal with your fellow ARKS for the third iteration of the Beach Wars Emergency Quest! This quest supports up to Extra Hard difficulty and primarily features aquatic enemies. Keep your eye out for the Gal Gryphon and Nyau, appearing in his Summer suit. 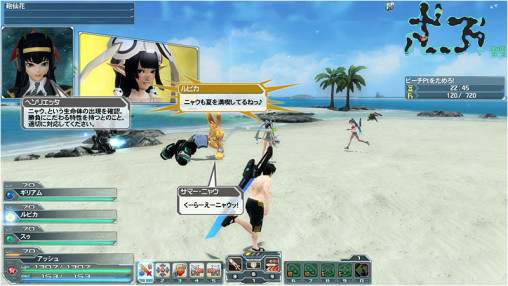 Players wearing a swimsuit will receive the PSE effect [Costume Bonus]. This includes any swimwear or swimsuit costumes, such as bikinis, speedos, wet suits, surf pants, and board shorts. The Summer Rappy Suit is also acceptable. Players wearing these costumes can expect to see slight bonuses to their EXP and Rare Drop rates.

Huey and Katori will appear during the quest, wielding new weapons as part of winning the Character General Election. The flaming [Energy Huezer] wired lance for Huey, and the cherry blossom themed [Kasentori Haruka] dual blades for Katori.

Players can get these weapons for themselves as a reward through the Maximum Attack Web Panel event!

PA Customization has finally arrived, allowing you to alter the behavior of Photon Arts and fight in different ways. Players should be sure that the changes match their fighting style before customizing. With this update, only some of the PAs are receiving recipes for customization.

New crafting room items will be released for PA Customization, including the [Craft Arts Builder] and [Craft Arts Maker]. These can reduce the cool times or increase the “great success” rate. Timed abilities have been expanded with a new feature! After the update, players will be able to back up data drives created by timed ability installations. Up to a maximum of nine data drives can be saved at a time.

The Mag level cap is being raised from 190 to 200! At level 200, your Mag will gain an [SP Auto Action]. There are four types of SP Auto Actions, each with different effects.

You can also use a device to change the Mag’s SP Auto Action.

PSO2 is embarking on a new live event that features active participation from the audience! The event introduces two new songs, [We’re Arks] sung by Takenobu Mitsuyoshi, and [Rare Drop☆KOI☆Koi☆!] performed by the PSO2 Live Broadcast crew. Let’s try to make the show spectacular by tapping along to match the beat of the guide in the upper right corner! Our heroes arrive at the Black Castle, and without the Kuronians interference, they come face to face with the King. 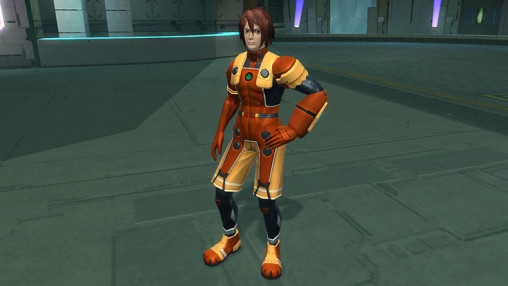 Sega will be opening the “Ragol Memory Exchange Shop” to commemorate Phantasy Star Online’s 15th anniversary! This is your one-stop shop for exclusive Phantasy Star Online items. The grand opening kicks off with the iconic HUmar and HUnewearl costumes, along with mag devices and stickers too! These items can be yours by trading in “Ragol Memories” released from the various campaigns. Players who acquire the [Owner-bound Deletion Pass] from the EXCube Exchange Shop, will be able to unbind their equipment right from Dudu & Monica at the Item Lab! Take note, as performing this action will reset your crafted equipment for both Weapon Extensions and Timed Abilities.

※ Equipment unbinding is available for ★11 items and below. 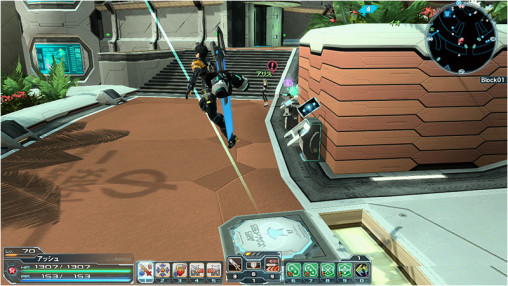 Aside from the changes to the catapult designs, you can now jump to new places like Zieg or the Recycle Shop.

Now when you leave from player and team rooms, you’ll be teleported near the catapults, allowing you to easily jump to the shops or the second floor. 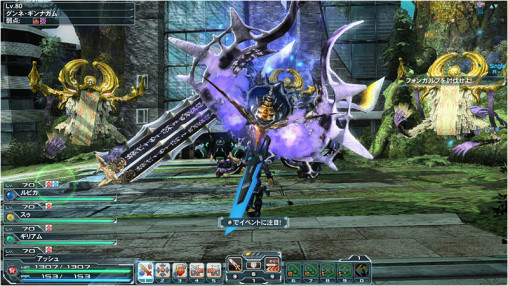 You can now face rare enemies and bosses from planet Harukotan or Wopal in Parallel Areas. 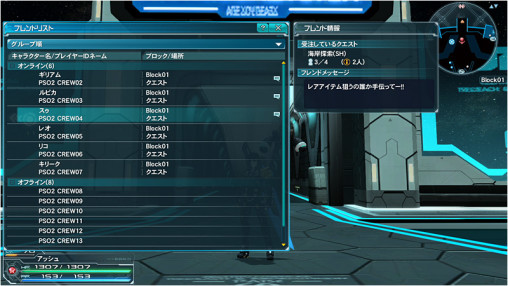 A new feature has been added that shows messages between friends. Players can write whatever they’d like in a message to see if their friends want to go on for quests and such. In addition, they will now be able to see the status information of parties their friends are in. 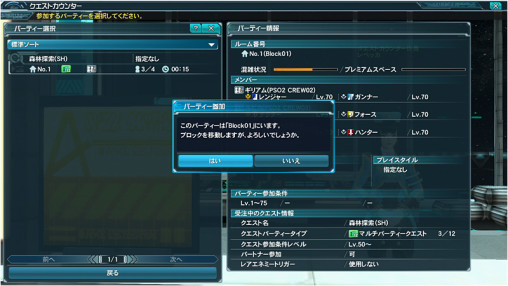 You can now see how much space is available in a block when browsing through quests from other blocks. Check the party details window at the Quest Counter to see the status of that block.

It’s time for the Mikagura School Suite collaboration! Costumes, hairstyles, and accessories from popular characters will appear within the scratch. Also, don’t forget to pick up the new bathing suits and Dance Festival outfits.