Certain weapons will drop under a new classification system known as “New-Type Weaponry.” These items can be identified by the EXP bar beneath the weapon’s description. Weapons under this classification will utilize a new grinding system that combines several features in one. NT weapons can be identified by the EXP bar underneath the weapon’s description. NT weapons will also have a blue outline around the icon. 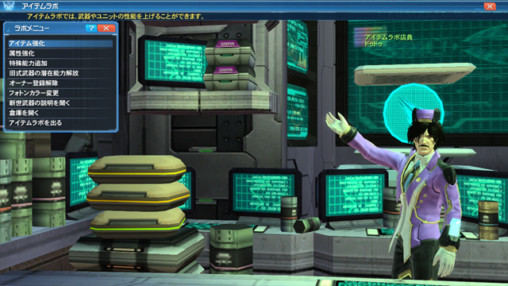 The [Item Grinding] menu in the Item Lab offers NT Weapons a unified location to increase not only their stats and attributes, but also their potential abilities. Each NT Weapon has a [GrindEXP] bar that increases when other weapons are used as fodder for the base weapon.

※Any weapon that is contributed as fodder will be destroyed in the process! Each weapon used as fodder contributes a certain amount of Grind EXP based on the status of the Base Weapon. You can earn additional grind EXP for your base weapon, if the fodder weapons meets the following criteria .

Material Bonuses differ based on the following criteria:

Basically, you’re aiming for fodder that matches the same weapon category and rarity as the Base weapon. 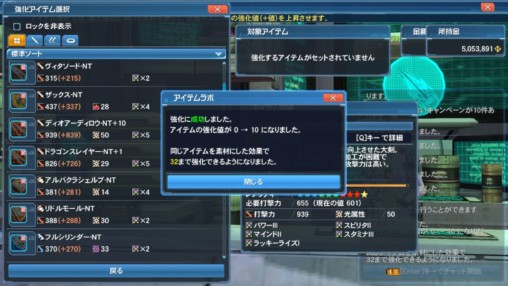 You can use the following support items to increase the chances for a Great Success to occur. Players can select a potential upon the weapon reaching a +10 grind. This potential can be leveled up further once the weapon reaches a grind value of +20 and +30. Since the grinds will cap at [+10/+20/+30], please be sure not to contribute too much [Grind EXP], as it will be wasted until the potential level is raised.

One of the following items may be required for unlocking a potential.

Hover over link for the locations on obtaining the item.

NT weapons lowest cap is at +30 grind. However, you can raise the grind cap beyond this limit by contributing fodder weapons that are the exact same weapon as the base weapon. In most circumstances, you’ll need 2 ~ 6 copies of the same weapon to bring it to +35. How many you need depends on all of your current weapons grind caps. Each cap will increase the grind cap by a different amount

You can raise your grind cap at any time during the grinding process. See below for more information on increasing the grind cap 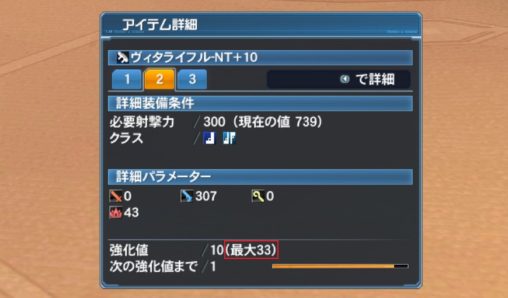 It’s imperative to know the grind cap on your weapon. Grind Caps represent the MAXIMUM grind your weapon can currently achieve. The weapon’s grind cap is indicated by the red box in the screenshot above. You can raise the elemental values of NT weapons by contributing fodder weapons that share the same category and rarity as the base weapon. Elemental grinding is done through the same menu in which you grind your weapon.