Whoops, it appears Dengeki accidentally posted a banner ad for the Open Beta starting date. It was posted in a news article about the Hangame version of PSO2, but was subsequently removed. The exact dates for the Open Beta has not been officially announced yet, but of course it doesn't mean that they haven't already started planning ahead if nothing goes wrong with the servers for the Pre-Open Beta. 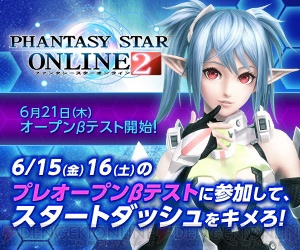 The banner ad in question lines up perfectly with what Sakai said in his latest blog post that the Open Beta would start within a week from the Pre-Open Beta. But it wasn't only Dengeki that posted the banner ad, another site forgot to remove the banner. 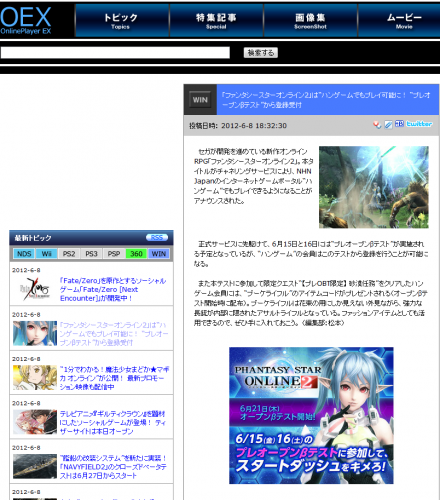 Of course this date is null and void if the Pre-Open Beta goes horribly wrong, but at least you have a day to look forward to… maybe…