Can you believe it, it’s been almost a year since the launch of PSO2. This summer, PSO2 will launch a 1 year anniversary event both online and offline. SEGA will be touring 5 cities across Japan to hold the “Phantasy Star Thanks Festa 2013” fan event. This fan event will showcase the latest PSO2 information while hosting the Arks Grand Prix time attack tournament. Sega will also sell various Phantasy Star related merchandise such as T-shirts, P-Spec magazines, bath towels, and smart phone cases. 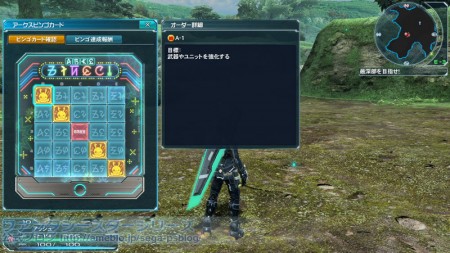 The “Phantasy Star Thanks Festa 2013 Online” update will introduce a brand new feature and event quest. In this update, you can play ARKS Bingo, battle an all-star cast of enemies, and rescue civilians in a Burning Rangers themed E-Trial. We’ll have more details about this online event once the site opens, but in the meantime, let’s check out what’s coming up in the offline event. 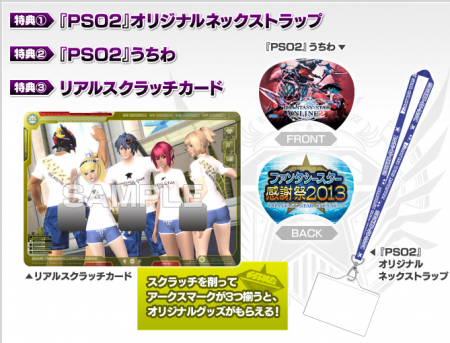 Each event location will offer an exclusive item code card for two T-shirts and an accessory. The accessory you receive is based upon the city that hosts the event. 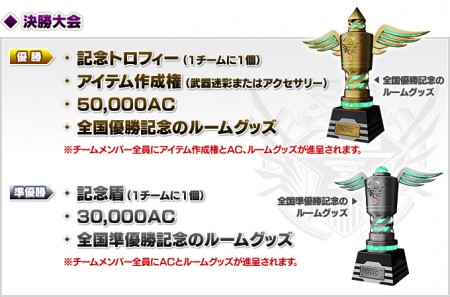 The tournament finals held in Tokyo will give the winning team a commemorative trophy, the ability to design their own item, 50,000 AC, and a gold trophy room item. 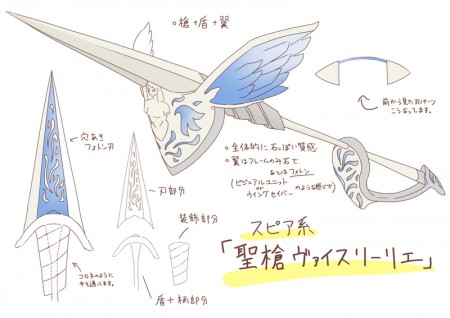 Now all that fluff is out of the way, let’s get down to business. The PSO2 development team wants YOU to design new weapon camos, costumes and accessories! Winners will see their designs come to life as in-game items in three separate divisions; [Weapon Camo] [Costumes] and [Accessories].

Several Winners in Each Division

Use the radio buttons to select one of the three divisions your entry belongs to. Within the “Category” section of the entry form, please write in Japanese the category name of the submission. You can see the list of categories and their English translations below.

Please note they are not accepting hairstyles, head parts, body parts, leg parts, and arm parts designs at this time.

Some readers have noted that one weapon camo appears to be missing from the Border Break Union collaboration. Sega has chosen not to reveal the details on how to obtain this item. Back in the PSO2 Live Broadcast, Sakai dropped a hint that there may be something else besides Cougar NX appearing in the game. If this is true, then perhaps this weapon camo might be an item drop from another Border Break enemy.