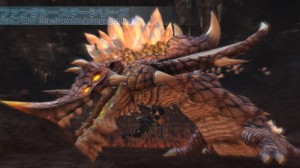 Morning! Today Sakai wants you to check this week’s Famitsu Weekly because you can see information about PSO2’s Mags and My Room. In addition the article talks about a new Item Grinding feature called Item Lab, and a new field and enemy. 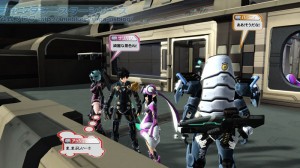 And of course today it was announced that they are taking in 50,000 new applicants to participate in the Alpha Test 2. Alpha Test 2 not only plans to introduce the changes people requested in the previous test, but will also introduce a new feature called My Room. Their goal is to check and see how the server handles more simultaneous connections than the last time. So those of you who already participated will be joined by 50,000 more testers to assess server stability.

Furthermore, anyone’s class level that’s higher than level 10 will be given the opportunity to participate in future tests. 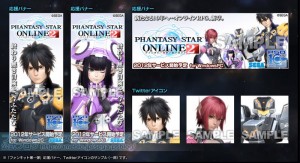 Sakai has given out a fansite kit to add to your websites and blogs, as well as twitter icons you can use as your icon. 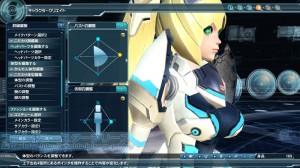 Sega will bring PSO2 to Akihabara Game Festa on December 24th. If you are attending you should watch the 14:00JST presentation and the 16:00JST presentation because some of the content will be different. You can try out just the Alpha Test 2’s new character creation features. 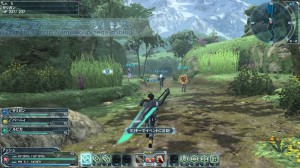 Aha! It looks like the HP bars have now moved to the lower left corner just like PSU and PSP2. Since the eyes will be focusing on that part of the screen anyway, it will be easier to read your HP status now.

This screenshot was actually taken two weeks ago, and more adjustments have been made since then. In fact, everyday with the development team, Sakai can make minor changes and improvements to the game. See you next time!

My Room in PSO2

Phantasy Star Online 2 has a feature you are already familiar from PSU called My Room. This is where you and your friends can chill and hang out in your room between adventures. The My Room is located in the residential area inside the dome of the Arcs Ship. Details provided by Shougai. 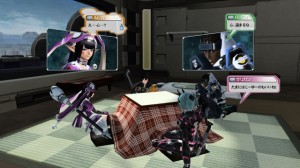 You can have up to 12 players in your room.

PSO2 introduces a new feature called Item Lab, it will let you customize your weapons and armor (units). You will be able to increase the stats of your weapons as well as the attribute level, and you can add special abilities to your items. Details provided by Shougai.