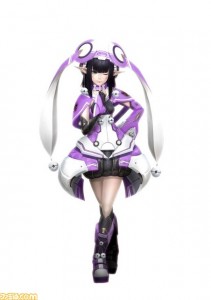 The Christmas Eve Fan Briefing is now over, so here are Famitsu, GPara, and Game Watch's recap of the event. They note that some of the content featured in the screenshots may not appear in Alpha Test 2. 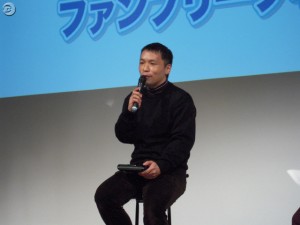 Hideaki Kobayashi, the guy who does most of your Phantasy Star music presented his Orchestral theme for PSO2 which is based on the original melody of Phantasy Star Online's main theme. The Opening CGI movie features the Short Version, and the second trailer showing the contents like My Room features the Long Version of the theme. This orchestral theme was recorded in November, 2011.

PSO2 Alpha Test 2 has two main goals, to inspect the improvements and new elements added to this test, as well as assess server stability and load by adding 50,000 more people. 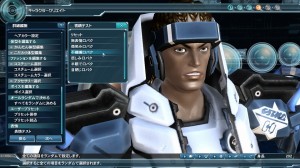 New features in character creation include an "Expression Test" that lets you test out facial expressions. You can now change your eyebrow color to match your hair, the min/max range for your height has increased, casts body parts can now morph, and casts can have humanoid faces.

Female Casts now have access to modify their breasts, and you can change the "skin" color of Casts using a color picker.

One minor feature that was introduced is the undo and redo functions so you can fine tune your unsightly creation for the world to see. There's a new enemy called Kyatadoran. A dragon-type enemy with a long body, it can freely expand and contract its body giving you a long range attack. Famitsu thinks this is a boss grade enemy. (His boss status was mentioned in the Fan Briefing though.)

Alpha Test 2 reintroduces boss teleporters so you can fight the boss on its own stage. However, not all bosses will have this feature, some of them will just unexpectedly appear in a quest like before. In addition each quest has been revamped with thicker content than before. There were new improvements made to the battle portions of the game. Rangers and Forces can now Just Attack using their weapons. You can stop some of the enemy's attack ( for example: a powerful rush attack), by using Just Attacks. This was demonstrated with a Ranger who used Just Attacks to stop an enemy from charging at him. Your movement speed while charging techs is now faster than before, you can now charge technics through the sub-palette too. Item Lab, you can customize your items by grinding, increasing attributes, and adding special abilities.

With grinders you can strengthen the power and defense of your items. When you strengthen your weapon you get a +1 grind value by the item's name. You can increase this value to +10, however, if you fail a grind, the grind's value goes down. Fortunately your item will not be destroyed.

When you acquire a weapon or unit, it will sometimes have an ability attached. You can transfer this ability to other weapons and units with the "Add a Special Ability" feature. But be careful, rare special abilities have lower chances of transferring over. 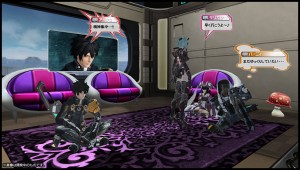 My Room is a feature taken from Phantasy Star Universe where you can have up to 12 players in your room. You can set room furniture on the ground to whatever location you choose. You can change the designs of the whole room with a remodeling ticket. An item can be used to expand your room to 3 separate rooms individually. The three rooms consist of your main (center) room, and 2 adjacent rooms, one on the left and right. Each room can separately have its own distinct look by using a remodeling ticket. 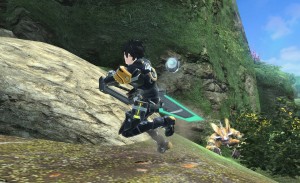 Mags are machine life forms, when you give them items they grow into various forms. Famitsu wants to talk more about mags in a follow up report to see whether or not they have photon blasts (To me it sounds like Famitsu is holding out on information.). Famitsu states Mags are not implemented in Alpha Test 2. The new futuristic city is being invaded by the Darkers.  But is this a city on a planet? If you look at the sky you can see some ridges circling around the city. Famitsu thinks this city could actually be a colony or an Arks ship. There's a boss enemy here that looks like a spider. If you jump on its back when it is down, you can attack its weak point. Famitsu states this new city area is not in the Alpha Test 2. 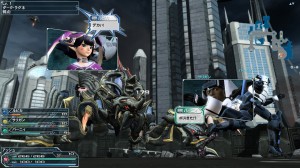 His name is Dark Ragne! 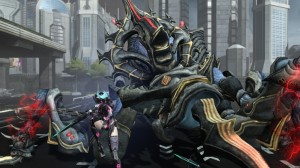 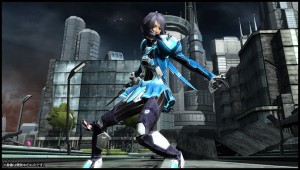 Weapon Synthesis works the same way in Phantasy Star Portable 2 Infinity, you take a "Rifle" and combine the attributes of other weapons named "Rifle" to increase the percentage. I'm not able to officially determine how each attribute influences the amount you gain. But my observations are:

The Skill Tree underwent a revamp. There's now a lock system that requires the previous skill to be of that level before you advance to the next skill.

In the demonstration, after they used Skill Points and leveled Step Advance to 3/10, it unlocked the passageway to the Step Attack skill.

My Room, almost Sims like this time, a cool feature is how remodeling tickets not only affect the visual style of the room, but also the size.