Hey Everyone! Today is a brief summary of Sakai’s new blog post regarding the status of Phantasy Star Online 2.

It’s been two weeks since the start of the official game, and even so, the servers are still not stable. He’s very very sorry for the inconvenience. . (I guess not..) But wicked users still remain, and the staff will continue to be proactive in suspending the account of bad players and address issues that may arise from them.

Yesterday he performed his first update to the official release client and  lifted the ban on character creation on all ships. And after maintenance, we now have the same number of blocks on each ship. After looking at the current situation, they’ve slightly decreased the number of premium blocks. Additionally, they increased the number of people that can connect to each block by approximately 1.2 times the original number.

As for yesterdays abrupt server outage, it appears to have stemmed from the ISP itself. After contacting them, they were able to restore service in approximately 45 minutes.

It looks like several problems occurred from yesterday’s update. It appears they distributed data that was underdevelopment that somehow got mixed in with the finalized version. This is addressed in the maintenance report below. They will try to prevent a problem like this from happening in the future.

Now for everyone else, there appears to be a problem with the launcher where players have reported that they can not start the game. It occurs under specific circumstances and he’s sorry for the inconvenience this has caused.

To address a few of these bugs, there will be a special maintenance on Friday the 20th. And sometime in the future, he’s going to address those who  purchased Arks Cash content (that were affected by these maintenances) and provide some kind of compensation. We’ll discuss the details about this when it is ready.

For Maintenances and sudden server outages the PSUBlog can’t report on due to time constraints and family/work/school obligations, there will be a maintenance guide later on in the PSO2 Guide list.

Today’s porori image is of a new “joke” weapon that should come out in the August update. 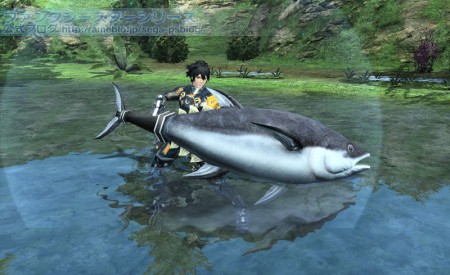 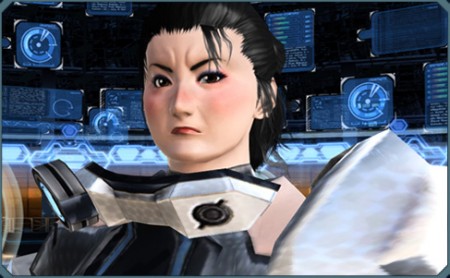 She’s coming and there’s nothing you can do to stop her DELUXE skills.

In an interview with Dengeki Playstation, Sakai confirmed the winner of the character creation contest will appear for one month to give out client orders. If you succeed in finishing all of their client orders you’ll get an item. Also some tidbits in the interview include: