4gamer.net; The setting, character, and parts of  gameplay mechanics, along with a live real time demonstration will be performed by Sakai.

Sakai updated this morning to TEASE us with Phantasy Star Online 2. He will be giving out this pamphlet to the media attendees. 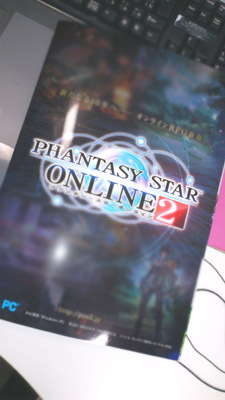 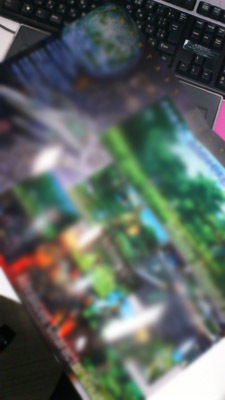 What can you expect? Well for one he will introduce portions of the system in the alpha test, and finally revealing the character creation portion, along with a realtime demonstration of the game. After the media briefing, the press will be able to play the game. (so expect lots of impressions across every Japanese news site 🙂 )