Sakai updated his blog with a clearer video of the one that was shown in the Dengeki Event, titled “PSO2 Closed Beta New Video.”

Another new element is the Story, so let’s look at our first glimpse of a story character. 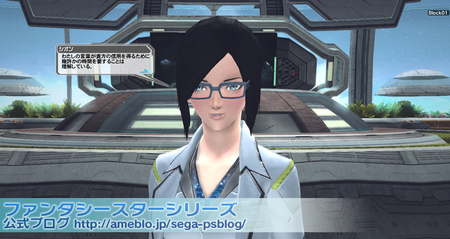 Her name is Zion (Sion)

When she appears, she says some strange mysterious things to the player.  You can see her talking within these screenshots but her speech is  slightly odd. She entrusts the player with something called a “Matter Board”, this thing seems to be important in advancing the story. 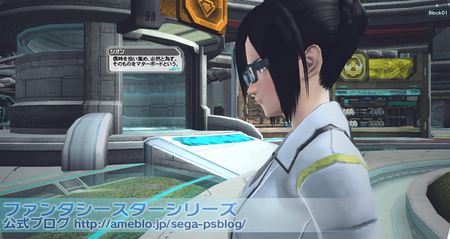 Her voice actor is Megumi Ogata, she’s best known for playing Shinji in Evangelion.  In fact at the media briefing, he will introduce even more voice actors.

(I have to say, Shougai’s prediction on voice actors were spot on…)

From this it sounds like you can sort what trigger actions you want first. The last menu is probably just a list of what actions are available to use.