Bonkohara posted a new concept art image now that she has surpassed 7000 followers on twitter. She stole this image from Sakai’s desk. 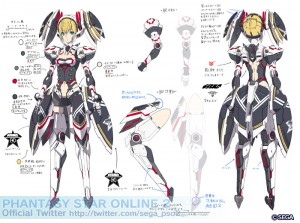 Sakai wrote a note on the official website thanking everyone for participating in the alpha test. By looking through all the requests and opinions that users gave, and giving the time for the development team to perform it, Sakai has now formally changed the release date of Phantasy Star Online 2 to 2012. But that’s not all, Sakai is thinking about performing a second alpha test. Though the time when this alpha test starts is not decided yet, but it could start around early 2012.  Unlike last time, there will not be specific conditions you have to meet to join the test, but the selection process for additional testers was not mentioned yet. This new test will allow more players to participate in the alpha test.

This also allows them time to report to you the current status of the game and give information through an official blog. He’s sorry to have you wait even longer but it seems that this is necessary to make the game everyone can enjoy.

For more details please read the interview below:

The entries below pertain to the Alpha Test version of Phantasy Star Online 2 and their current plans to fix the issues addressed by users. (As were vaguely mentioned in the Alpha Test Data)

Alpha Test Response Report.
The Staff respond to the requests users made for the Alpha Test!

I want to attack automatically by continuously pressing the attack button.

The amount of times you can perform the Hunter’s Step and Dive Roll actions are too high.  Some of the actions need a disadvantage, this makes the game balance really bad.

I want you to adjust Guarding, because it isn’t useful.

When Technics are charged, stop it from slowing down movement.

I want to be able to charge  technics from the sub-palette.

Uncharged Technics power is too low.

The effective range or Resta is too narrow, and isn’t effective in healing friends nearby.

The screen shakes too much.

I want it so that you can walk again when you push lightly on the analogue stick.

I feel that the way enemies cancel their damage animations from attacks is impractical.

When HP is full, prevent the use of recovery items from being used.

When you are locking-on, prevent us from locking on to other players.

Make “lock-on” like the old way from past series by holding it down.

As for the overall UI, it is hard to control it with the Gamepad compared to past games.

It is hard to distinguish the icons, some of them are hard to understand.

The number of consumable items you have, and the number on the icons themselves are small and hard to see.

The icons used for the weapons and the icons showing a locked status are hard to understand.

The way you buy and sell items in the shop is hard to understand and inconvenient.

In the storage box, allow us to choose multiple items and move them at the same time.

I want to be able to keep money in the storage box.

In multiparty areas I want to be able to see the HP bars of other parties so I can make a judgment on when to use healing.

When you go to another area, prevent the radar map from switching from nearby surroundings display to entire display.

When the Radar Map shows the nearby surrounding display, it is too small. Please increase the size of it.

Even if the party member is in a far off location, I want the radar map to display their position.

Allow it so that  PA or Technic disks  that drops shows its current level before I decide to pick it up.

It’s hard to visibly know when you are locking onto an enemy.

I want to be able to chat when touching the keyboard.

It feels odd starting up the chat by pressing the C key.

Allow us to do shortcut keys that enable us to use cut-in chat, different balloon type, and use manga iconography.

I want a function that allows us to meet a friend immediately.

It’s hard to know whether you are in party chat or public chat, I want to see something different (that distinguishes between these two chats). In addition I want it easier to switch from public to party chats.

I want you to remove the defense stats on outfits (costumes)

I want to be able to turn off the graphics of the units.

I want you to expand the minimum to maximum height range.

Allow casts to morph like the other races (in character creation)

Allow casts to morph their face like other races.

Allow Casts to run like the other races, or maybe you should allow us to change it by choosing the leg parts.

There’s little information to see during the list of parties, and there’s not many things you can use to make a decision (on whether you want to join a party or not)

In a multiparty quest I want to be able to play with specific players and specific parties.

In camp ship, please arrange for quest counter functions so I don’t have to go all the way back to the lobby just to do a new quest. I want to receive new quests consecutively.

I want to be able to go directly to the planet without having to start a quest.

Inside the camp ship, I want to buy and sell items.

When you are in the camp ship, allow us to go directly to the areas a party has been through.

During a free quest, I want various types of Interrupt events to occur.

During a free quest, I want there to be a definite end of the quest.

The conditions to open up a new quest seems unreasonable if you were unlucky to not trigger a certain interrupt event.

*Specifically regarding this, if you recall back in a previous post on here, the Vol Dragon was random, and is also an interrupt event. But if you wanted to play a mission that had him permanently it required you to encounter him randomly. Doesn’t sound fair does it?

I want to be able to fight boss enemies with all the party members in an area like the older games.

When you receive a clear reward and your item pack is full, it feels like you are not given the item. 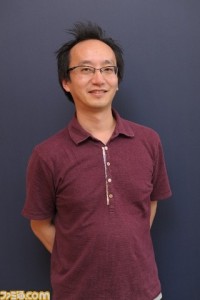 We’ll just quickly go through some of the points discovered in the Famitsu interview. Satoshi Sakai and Famitsu talk about the alpha test and the recent announcement that Phantasy Star Online 2 was delayed until 2012. Let’s see some of the stuff we can find. Parts are paraphrased or skipped.

You have finished the alpha test and the Tokyo Game Show, what were the user reactions so far?

Congrats, you received requests from users, are there areas that you are going to revise?

Plus, you raise the quality of the game when you continue to test it. As for the requests, what things will come to the game now?

It seems there are many modifications too. As for the alpha test did it feel that it was in a condition it could be enjoyable?

Eeeeh!? When will the second alpha test start?

How will you recruit new testers for the second alpha test.

After the Alpha test is over will there be a beta test?

I see. When will the Beta Test and Official game start? 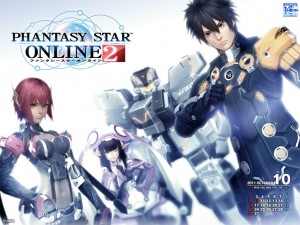