This post contains a small guide of the various  features introduced in Phantasy Star Portable 2 Infinity. The information contained in this post is based on user experiences and wiki information. The contents will update and become clearer over time.

Some information below is straight from the Japanese Wiki. For other basic procedures, please refer to the Demo Guide. 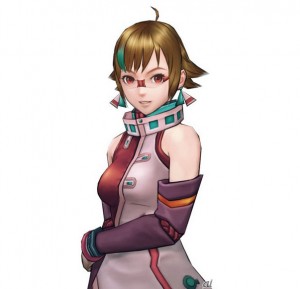 Both the Japanese and English communities are currently investigating a way to achieve the True Ending. The following information may or may not work for you but atleast some progress has been made. Please pay attention to the following list and links.

If you don’t have dialogue choices after the boss of Chapter 5 Act 1, you won’t get the true ending. You’ll have to go back through previous chapters and select the appropriate choices.

You may also suggest your own choices that allowed you to achieve the true ending.

Chapter 1: Act 1: Along the way you’ll encounter a fence that requires a key. This key does not normally drop when you defeat the enemies in the area. You’ll have to trigger an event for it to appear. 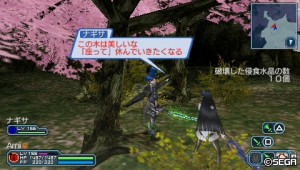 Nagisa will speak in red text when you reach two specific areas. As you approach a tree, Nagisa will comment, “This tree is lovely, perhaps we should sit here.” You need to perform the first lobby action to sit by the tree. An item will appear magically out of nowhere. 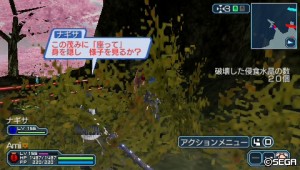 The second situation occurs near the fence which you can’t normally open. Nagisa will comment about a bush,  she wants to see something but you must hide. Once again, perform the first lobby action to sit within the bushes. You will be ambushed by enemies and a key will appear. Once you open the gate you’ll meet a special character (who has a twitter account), who informs you that she is, “not an evil monster.”

Chapter 2 Act 1:  This mission requires you to trap monsters within a fence. You can do this by opening up your shortcut commands and selecting the first few entries depending on the situation. You can successively trap a monster by making sure it is the only one within its designated fence and that you are outside the perimeter of the fence.

As you progress through the level, you will gain control of two gates at the same time, but each gate can only hold one monster. Each shortcut order corresponds to a certain color fence. You may accidentally release one monster while trying to capture the other. 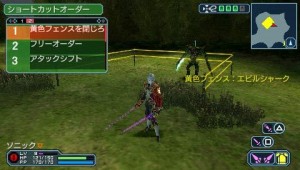 Use Shortcut orders to trap enemies

The Vahra and Astark are probably the most difficult enemies to trap. It wouldn’t hurt to attack (but not kill) the Vahra so that it continues to pay attention to you; otherwise, it has a chance at moving off in a random direction away from you. 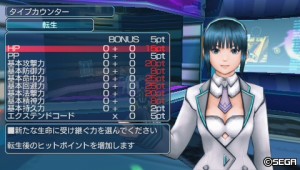 At Level 50, you are assigned 5 Bonus Points

Each stat, including the extend code, has a cap. This is a universal cap and applies to all races. Basically, no matter what race you are, you are allowed to increase the same stats up to a certain value. In the end, a Newman Force will still have higher tech than a Beast Force if both characters reach the tech cap.

According to the wiki, you have 10 chances per stat. As you near the 10th chance, the amount of bonus points you will spend for that particular stat also increases. For example, initially HP costs 15 Bonus Points. If you increase it again, it will cost 20 points. The third time costs 25 points. Once you reach the cap, you will spend 375 points to increase HP a total of 500.

*Keep in mind you can rebirth as many times as you want. You can max out any stat at any time provided you have enough bonus points.

Not only can you increase stats with rebirth, but you can also obtain extend codes fairly easily. You can only obtain up to 10 extend codes per rebirth using this method. 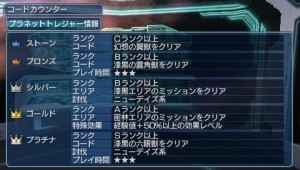 You can obtain an extend code infinity by obtaining Planet Treasure. You must obtain ALL FIVE Planet Treasure, then trade them within the “Treasure Exchange Mission トレジャー交換所” with Kunoh. 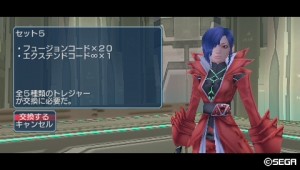 Through the rebirth process, one can extend their battle type cap up to 50.  You can receive additional “Extend Code Infinity” from titles. By leveling a battle type up to 40 and 50, it allows for 8 additional ways to obtain the extend code infinity per character. For example, at Hunter Lv40, you will receive the reward from the title, “一刀両断の凄腕剣士”. 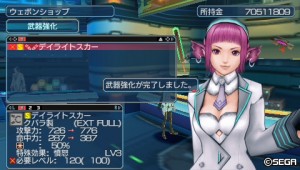 When you use Extend Code Infinity on an item, their stats will increase and add the text “EXT FULL” on the data page.

Planet Treasure is probably the most Japanese intensive feature about the game. You will have to match kanji with other kanji. There are no easy visual ways to figure out what mission you need unless you memorize the kanji associated with the mission code combinations.

To understand the concept we’ll take a look at one of Yuber’s mission code list. Unfortunately, not everyone will have the same mission codes because the list is randomized. For Stone Planet Treasure  ストーン, Yuber needs a mission code C rank or higher that contains 新緑の巨獣. The first part 新緑 requires the field to be the grassy plains of Parum. The second part 巨獣 requires De Ragan. When Yuber acquires or produces the mission code and adds it to his mission code list… 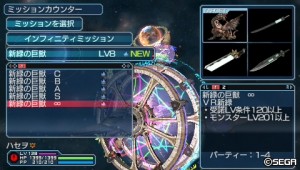 Yuber will see a stone crown added to the mission counter. This crown will notify you of which treasure you can obtain. After clearing this mission, he will have a chance to receive the stone treasure. He can use it to trade within the “Treasure Exchange Mission” “トレジャー交換所” with Kunoh. You can obtain Curtz’ partner card by clearing all of his client orders. Most are fairly easy to do, while some require you to clear a mission. Here is a list of the current Curtz client orders.

﻿After clearing all of these client requests, Curtz will hand over his card and disappear! 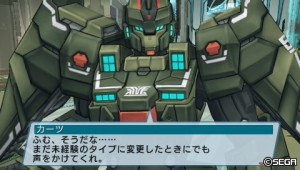 There are two reasons why due to a language barrier, it may seem as if Curtz is not allowing you to progress. The first reason occurs when you currently can not hold additional star atomizers, moon atomizers, trimates, or your item storage is full. Send any of these items to shared storage to open up space for Curtz to give you the reward.

The second reason can be seen in the screenshot above. Some client orders require you to be a certain battle type. You have to change to another battle type and clear the appropriate orders.

Phantasy Star Portable 2 Infinity adds a variety of Partner Characters to join your party. Each Partner Character will join as long as you fulfill a certain requirement. The list will update once more  information is known. Although not reflected in the demo, it appears some unit modules were nerfed. The new nerf values are multiples of three, instead of multiples of five.  This means values start from +3 / +6 / + 12 / +15 and up.  Feril / Legs evasion adds + 15 instead of +25.  This is not the only unit module that is affected by the nerf. Normally Lumiras / Hit is supposed to have +20 ACC, but also according to the screenshot above, it is now +12. The hit series are also multiples of 3.