The twitters were tweeting today about a brand new Racaseal Plastic Modeling Kit. This kit is expected to be released sometime this summer, but the official details will be posted on the official site later on. Afterwards, this story will update with more information. 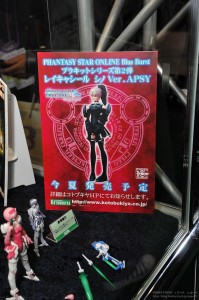 This kit was spotted at the Wonder Festival 2011. Details will be posted on the Kotobukiya homepage at a later time.