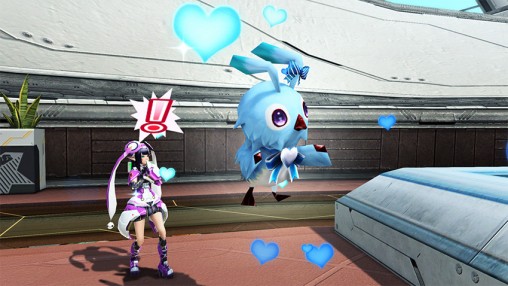 The pretty pink decor of Valentine’s Day will be switched to a hue of blue for the White Day celebrations!

The [Boisterous White Day] Emergency Quest has moved below the floating isles of Amduscia and into the confines of the crystalline caverns. A medley of male and female NPCs will accompany players along the way during Emergency Trials. Maybe even a famous Sega game composer could appear among the lineup.

If you’re lucky, you may land yourself a [Blue Rappy Suit Mini] costume during the quest!

Clear the seasonal Emergency Quest and NPC client orders to earn bingo rewards, like the new [White Laplace] Evolution Device for your Mag! 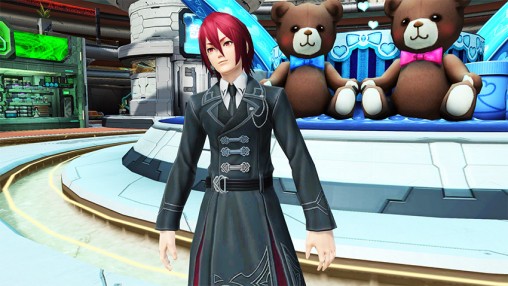 Enga takes to the ARKS Lobby for the White Day fun, dressed in a chic new coat. Find him in the Shop Area and tackle his client orders to receive his partner card and the [＊First Sight ] weapon camo. 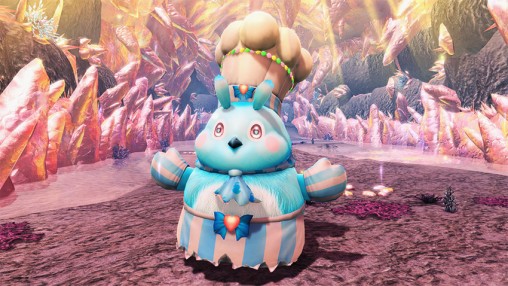 Embrace the White Day variation of the Empe Rappy, preciously adorned in a striped blue apron and mittens.

Sheets for the “Strategeo” series Partisan, Knuckles, and Launcher will be available as part of the White Day 2018 Collection. Summoners can also aim for the [Super Complete Parfait], which increases damage when the pet’s HP is 60% of higher.

Captivate the boys on White Day with two sexy costumes: the dark and mysterious bikini armor, and Arkuma themed lingerie.

2 thoughts to “PSO2: A Boisterous White Day Gets A Scenery Change”