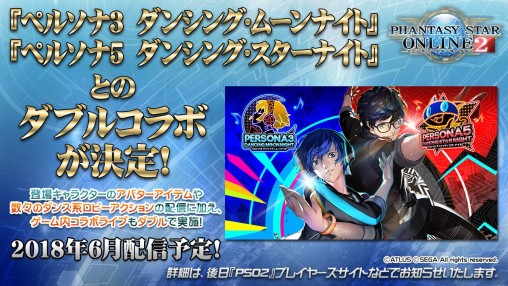 Phantasy Star Online 2 has announced a collaboration with Persona 5: Dancing Star Night and Persona 3: Dancing Moon Night! PSO2 Players will gain access to avatar items, as well as, dancing lobby actions from the main cast. The collaboration also extends into a LIVE event, with details to be revealed at a later time.