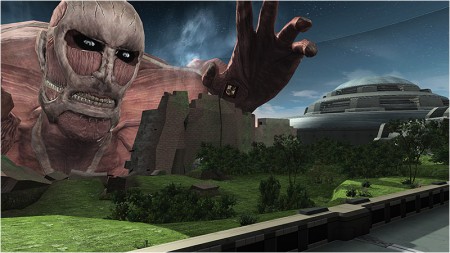 Aside from that, there’s an Attack on Titan poster and scenery pass, plus stickers from each organization. 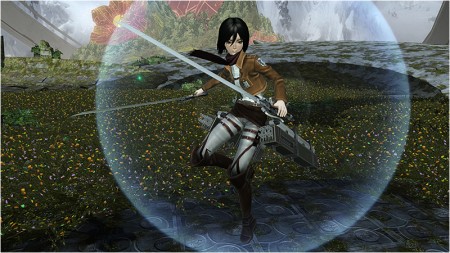 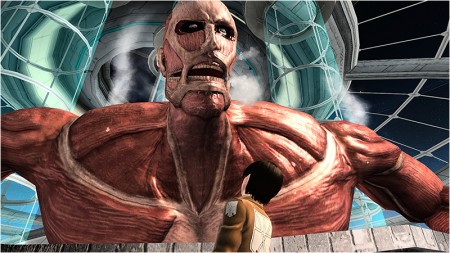 A Titan has entered the lobby! Jump on its back to see the lobby reimagined in the Attack on Titan universe. This lobby appears for a limited time, and will end on April 9th, 2014. The sword pierces the enemy and absorbs their energy. After extracting the sword, the ‘striking power’ increases for a limited time. An attack that draws enemies through the force of a tornado. The user crouches and aims to unleash a powerful laser attack from the sky. The charging times changes its power and range. Casts crystals of ice and damages the enemy. Its power steadily rises based on the number of times the ice crystals form. Focus your efforts with other players since this will apply to others casting Il Barta as well! 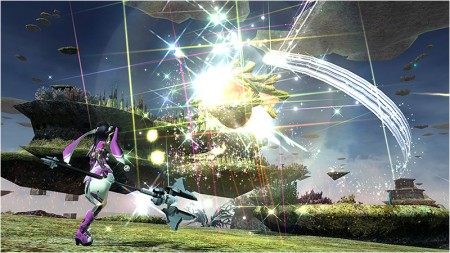 Produces photon crystals that fire in succession. It has a high chance at causing a status effect. This time the stage takes place in an facility under construction; with five bases to protect and several walls keeping enemies at bay. Everyone must cooperate and stop the Darkers from breaking the walls. Lucky players can collect some new 11 star weapons, among them include a partisan, launcher, knuckle, katana, and rod. The 11 stars in SHAQs are meant to match the look of a costume.

If you bring a PSO2 EP2 Deluxe Package receipt to Club Sega Akihabara on March 20th, you can receive a clear foil and one of these cards designed by Mamoru Nagano. But wait? They’re spelling it Lillipa now? What happened to Lilipur and Ririepa?

In addition, if you purchase select G-Tune (Japanese Gaming) computers or Windows 7/8 DSP versions in Japan, you can receive ダブル＝カノン/リヒト Double-Cannon/Licht and other items.