Players will face off against the enormous Phantom Battleship Yamato in a new Emergency Quest. The first phase of the quest will have players storming the ice towards the ship. An onslaught of Phantom foes will impede your progress along the way, while the Yamato bombards players from afar.

Board the A.I.S for a final showdown with the now aerial Yamato in the second phase. The ship is heavily armed and packs a wallop, proving to be a formidable opponent even against the might of an A.I.S squadron. This is a perfect opportunity to utilize the recently added skill rings that affect A.I.S.

The quest is pre-scheduled, meaning that it will not occur randomly. Additionally, each instance of the quest can only be cleared twice per ship. Check the event calendar after the update launches to see at what times the quest is scheduled to occur. Furthermore, players can enjoy a Rare Drop Boost after the Emergency Quest is over.

The [Steel Prestige Collection] of Yamato and A.I.S themed ★13 weapons will be available from Pudding until June 22nd. The collection sheets for these weapons will task you with defeating the Phantoms.

PSO2 is celebrating the start of Golden Week this year with the launch of the GW Limited 2016 revival scratch on May 1st.

The scratch is split up into two categories: [Accessory Selection] and [Lucky Bag G]. In the first you’ll find popular hairstyles, accessories, voices, and lobby actions from past scratches. The second contains bundles of costumes, parts, accessories, and support items. 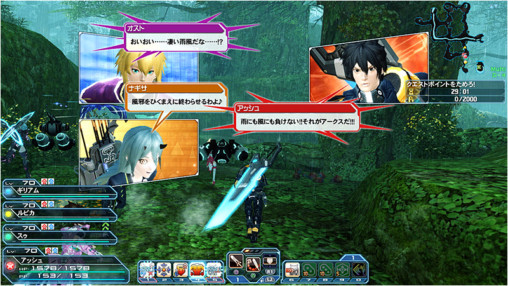 The Rainy 2016 Bingo will receive its reverse side with this update. Defeat various enemies across the Driving Rain 2016 and Yamato Emergency Quests to earn prizes such as a ticket worth ten Star Gems and an Ability Affixer +40%.

Winners Design 3 [Side B] (AC Scratch)

The next scratch delivers the second half of the winning item designs from the Maximum Attack contest.