The second presentation for Tokyo Game Show 2013 kicked off tonight showing off Phantasy Star Online 2 es, the smartphone version of PSO2. Afterwards we were finally treated to some footage of the new field and new boss. This is a recap of information gathered by 4Gamer and Shougai. 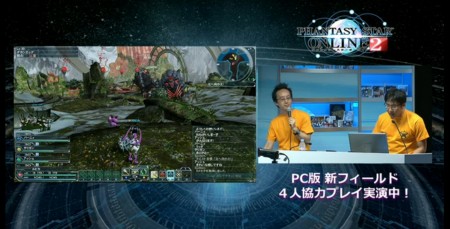 The next field coming to PSO2 is called "遺跡" or ruins for short, it features an area on Naberius overgrown by plants. The boss for this area is ゼッシュレイダ Zeshreida which looks like a Gamera. Darkers inhabiting this area are of the fish/stone variety. This field will come later down the line.

They next showed the trailer for "Call of Mortality" which will release in October. This is the update that features the subclass system.

The subclass system allows you to use two classes at the same time. You could be something like a Hunter/Force, Ranger/Hunter, Fighter/Gunner, etc. You can use the subclass' photon arts, technics, and skills but there's a catch. You can only use your main class' weapon categories.

So how can a Hunter apply weak bullet when only Assault Rifles can perform that skill? The loophole in the subclass system is dependent on weapons that can be equipped by all classes. For example, if you are a Hunter/Ranger, you can apply weak bullet by using the Bouquet Rifle, then you may switch to a hunter weapon type to attack that area. 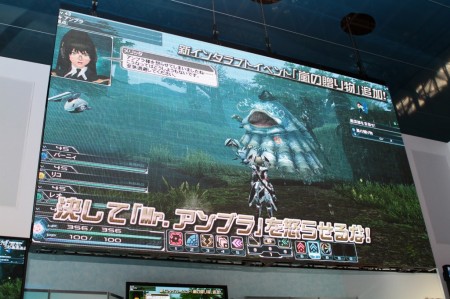