Gameplay Content to Test the Strength of Powerful Players 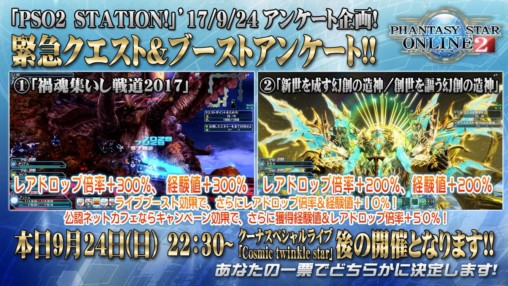 Balance Adjustments will be implemented Sep 27th instead of October. Revising the Reliance of Certain Skills PSO2 Evaluations (From The Survey A Few Weeks Ago)