4Gamer did a news article about the final area, Toro and Kuro’s weapons, and Chapter 2 Act 2. Most of the information is old especially if you’ve beaten Story Mode. But for those who don’t have the game, here’s a preview!

In addition 4gamer seems to be very overly excited about this final area, so their thoughts are reflected in the post below. 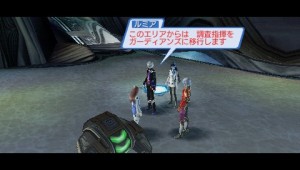 After the party captures a mutated creature, they are tasked with guarding a device in a Relics site. Lumia will be your instructor. Before you approach the deeper part of the Relics site, Nagisa senses the 106th fragment. However, a dragon, “Dyla Bravas” awaits them. 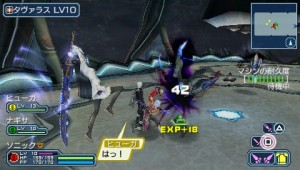 This mission requires you to guard a moving device. Many enemies will try to destroy it, so one must make note of its position and protect it at the same time. Once the device is destroyed, you fail the mission… (Spoilers) 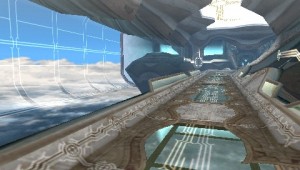 This new field is the climax to our story. It appears to have a familiar patterns designed around the floors and walls. What mysteries are hidden here? 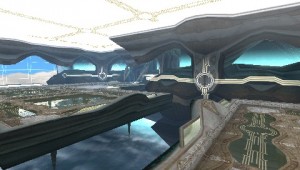 This final area is composed of ancient technology. Many Stateria were created and used as an autonomous weapon against the SEED threat. The Stateria protect this area from intruders and attack on site! 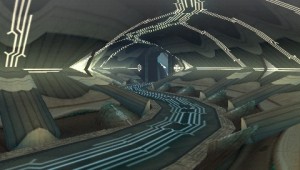 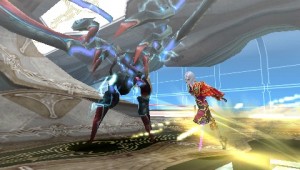 What is causing the Stateria to act so recklessly? Is it the SEED? 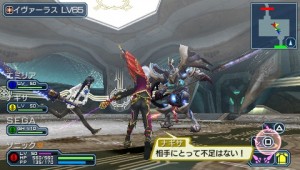 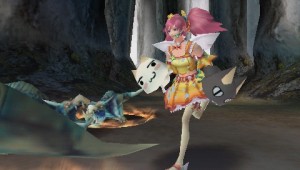 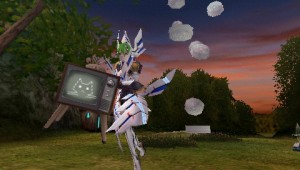 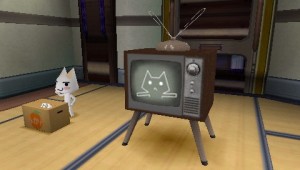 The weapons will appear in a new collaboration mission. The room item is supposed to be a password which will release sometime in the future.