Sega is kicking off the new year in PSO2 with the return of the New Years lobby, as well as a brand new Extreme Quest and two scratches! While the new content will come later in the month, you’ll be able to experience the lobby on New Years day. Stop by the shrine in the center of the shopping area to pray and hear your fortune. Neuya Nyau will return on New Years as well with new ★12 weapon drops. The Zenith of Heaven and Earth is unlike any other Extreme Quest we’ve faced before, forcing players to go it alone against powerful adversaries like Dark Falz doppelgangers and a squad of Nyau!

The quest will span ten stages, following the five stage per run standard. However, the entry fee has been raised to five Extreme Passes, meaning a total of ten will be required to complete all of the stages. On top of that, players will be limited to clearing the quest up to five times a week per ship. Although you won’t find any meseta in the quest, valuable items such as Lambda Grinders, spellstones, and Photon Boosters can be obtained. Choose your best class and clear all ten stages to receive ‘Ace of Class’ stickers, like the ‘Ace of Hunter’. In addition, new titles earned from the quest will reward players with Lambda Grinders and Nero Fragments.

Year of the Monkey

It’s time to ring in the new year, and what better to do so than with a scratch filled with popular past items. The Year of the Monkey revival scratch will arrive on January 1st and be split up into two categories.

The [Accessory Selection] includes all manner of hairstyles, accessories, voice tickets, and lobby actions that you may have missed the first time around. The [Lucky Bag G] comes at a higher price, but contains bundles of items, such as costumes with related accessories, and special ability affixers. 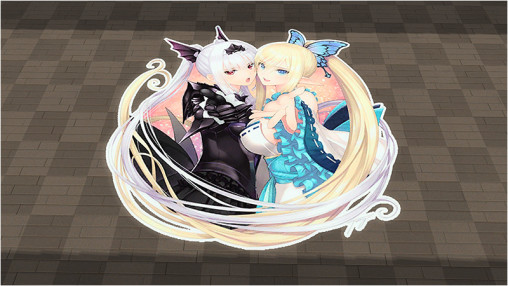 Shining Resonance returns to PSO2 with a second collaboration! This time, the scratch will feature new costumes from characters Jenius, Zest, and Excela, as well as additional outfits from Sonia and Kirika.

8 thoughts to “Shining Resonance Collaborates Again with PSO2 in January”