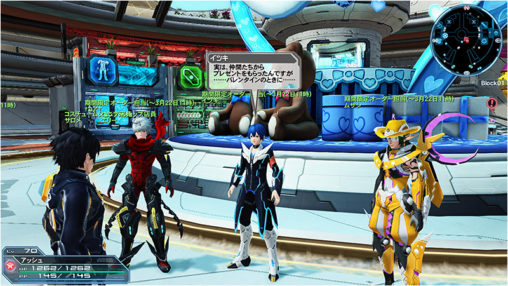 The boys of PSO2 The Animation are back in town for the White Day celebrations. Itsuki, †Coa†, and Musashi have new sets of client orders, giving players another chance at getting their partner cards. 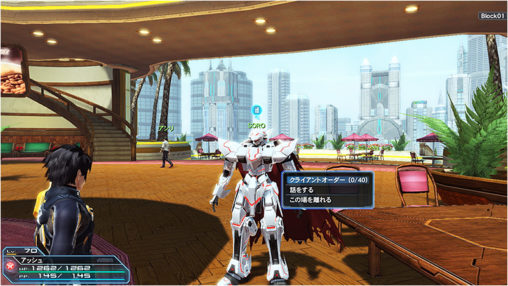 If you cleared all of RINA's client orders during the Valentine's Event, SORO will also make an appearance in Franca's Café with a client order of his own. You'll have to advance through Itsuki's client orders first though.

Itsuki has a new weapon camo in store as a reward for completing his client orders! The [＊Radiant Glitter ] camo can be applied to both Katana and Wand weapons.

The cast of PSO2 The Animation will begin popping up in Advance Quest Emergency Trials! By successfully clearing them, you have a chance of receiving that character's ★13 weapon.

This year, [A Boisterous White Day] will once again send players to the Skyscape field floating above Planet Amduscia. Utilize catapults to leap through the air and reach an assortment of Ultimate Amduscia enemies.

In a similar vein to the current Valentine's EQ, the boys of PSO2 The Animation will appear within Emergency Trials throughout the quest. 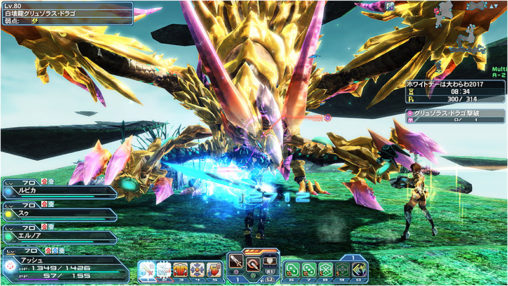 A special nicknamed Gruzoras Drago will appear at the quest's end. Defeat it for the chance to receive a rare drop.

Meet up with the men of the ARKS Lobby for the White Day 2017 Bingo card! The front side of the bingo includes the [Evo. Device / Brownart] Mag.

Players of Phantasy Star Online are in for a treat! This time, the collection is introducing L & K 38 Combat, now classified as a Launcher for PSO2. Two additional Fornis weapons will also make their debut; namely the [Fornis Gen] Sword and [Fornis Fanaid] Jet Boots. Summoners can look forward to ★13 eggs of Melon and Zinga.

Groovy layered wear and parts featuring a musical motif will drop in a new AC Scratch, along with additional winter wear.