In The Driving Rain 3

Venture forth again into the rainy depths of the forest with the third iteration of In The Driving Rain. The natives of Naberius, Darkers, and bosses Nepto Cassadora and Rheo Madullard await players braving this limited time Emergency Quest. Mr. Umblla can also appear, granting a +100% Rare Drop Boost to players smacked by his cane. 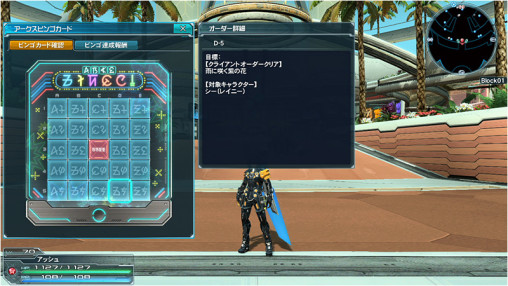 (Rainy) Xie will return for a limited time with a new selection of client orders and rewards. Clear the Rainy 2015 Bingo for prizes such as boosters and an umbrella themed Partisan weapon camo.

Fans of the Fate/stay night [Unlimited Blade Works] Anime will be delighted by the new cosplay opportunities included with this collaboration scratch. Suit up as Emiya Shirou in his Homurahara Academy Uniform, or stay casual with the civilian costumes of Saber and Gilgamesh.

The ＊Kanshou and Bakuya camo released in a previous scratch will re-appear with support for Twin Daggers and Dual Blades! This will apply to the previously released version as well when the update hits on May 13th.

The Golden Week Limited AC Scratch will arrive on May 1st @ 0:00 JST through May 13th. Highly popular items from past scratches will appear, giving players another shot at acquiring them.

The [GW Accessory Selection 2015] includes hairstyles, accessories, voice tickets, and lobby actions such as the vastly sought after Dance 20. 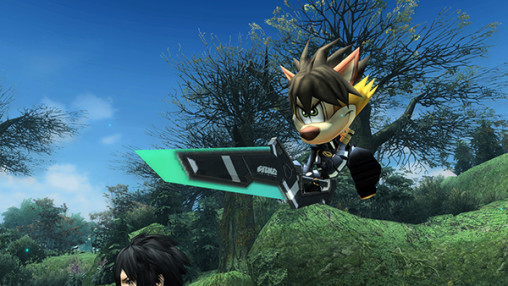 Inside the May 7th / 14th / 21st combined issue of Weekly Famitsu, is an item code with Famitsu’s mascot as a Mag! This item code is available in the Weekly Famitsu that hit store shelves April 23rd. 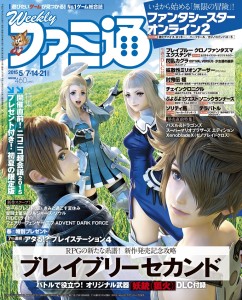