New Genesis is a massive overhaul to Phantasy Star Online 2's game system, graphics engine, and character creation system. The game will be reborn as an "open field" online RPG taking place 1000 years from PSO2's original story. Both PSO2 and PSO2: NGS will co-exist, allowing you to switch between both titles on the same account.

In PSO2: NGS, you'll gain new abilities to traverse the expansive terrain with Photon Glide and Photon Dash. The new enemy you'll face are known as DOLLS, but not much is known about them yet.

PSO2 NGS will have an updated graphics engine that allows you to create even more gorgeous characters than ever before. Characters will now have the ability to move their fingers, and you can even change the luster on the character's skin. You can place even more accessories and change their locations! 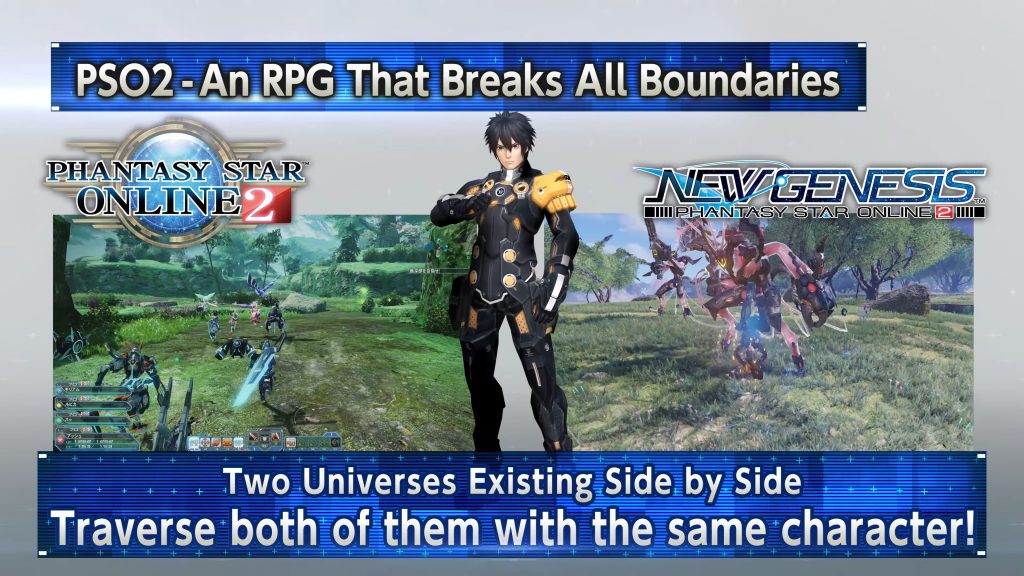 PSO2: NGS character creation system will be compatible with PSO2, allowing you to freely decide which version you want to use. PSO2's graphics engine will also be renewed, enabling you to use characters created from PSO2: NGS system into PSO2.

All character creation data, including items related to lobby actions and previously registered data will be compatible with PSO2: NGS!

The following items obtained from PSO2 CANNOT be used in PSO2: NGS:

Please be aware that the above information is subject to change in the future.

58 thoughts to “What Carries Over in PSO2: New Genesis”