To help clarify, I'm actually saying that I have a lot of faith in the team being able to make a game that stays faithful to what made PSO great – and PSZ, to me at least, is that proof. 🙂  [Aaron Webber]

You can try to register for PSOBB here, it is the top option on the page.

This morning the official site updated about the new areas and new bosses. 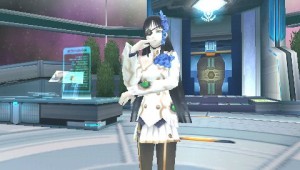 In Episode 1 you became a member of Little Wing, now Infinity adds Episode 2 to continue the story. The game comes with three networking modes, Multiplayer, Online Multiplayer, and Friend Search.  Friend search is a new passive communications mode where friends and bonds are created! Limits will be broken with the new reincarnation system!

Clad 6 where Little Wing resides! Here you can enter your room, battle shop and style shop. In addition you can now enjoy relaxing in the water at our artificial beach.

Welcome to the Clad 6 sea shore! Enjoy our bright blue skies! Feel the sensation of speed as you leap through the air with our catapult jumps. 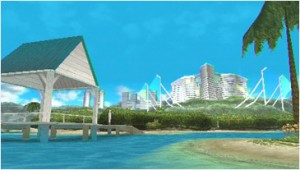 This artificial beach was constructed within Clad 6. 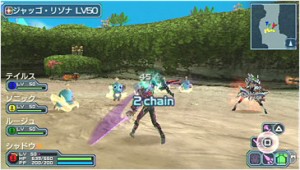 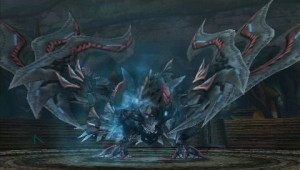 A Stateria Dragon given the task to protect an important base. But now he went berserk attacking various places.  Watch out for his electrical and tornado attacks! 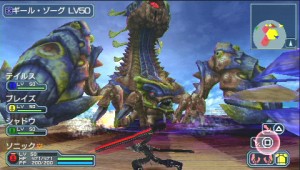 This huge creature recently appeared at our artificial beach. Once you attack his weak point for massive damage, he changes colors to a reddish tint.  If he hits you with his bubble attack you may fall asleep, and we don't appreciate slackers here at Little Wing. 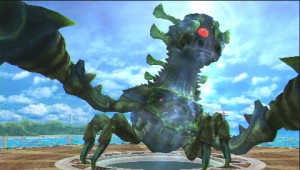 He spews bubbles, releases mines, and can tilt the platform!

Yes Terada updated today, but at least he didn't say anything too controversial like last time..

Early this morning the official site updated with information that was already obtained from this post about Mission Codes. But now we at least get to see pretty pictures to go alongside it.

Infinity Missions are user created missions where one applies an item called a "Mission Code" to customize the look and feel of a mission.

You can obtain mission codes either by exchanging them with other people or collecting them within a mission.  When you play these missions the monsters that appear are random allowing for new surprising monsters to appear. 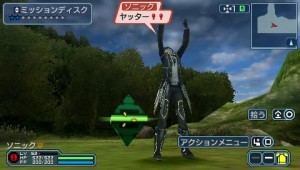 First find a Mission Disk that contains a Mission Code 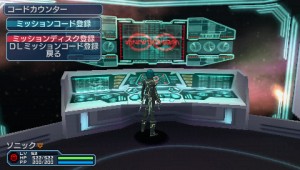 Enjoy your infinity Mission at the Mission Counter.

A mission code controls aspects of the field, boss, and enemies that appear, including special effects where certain items can drop easily. The name of the mission code is affected by the boss and field contained in that code. For example the mission code, "Huge Monster of the Fresh Green" contains the grassy plain fields of Parum and the De Ragan as the boss. The mission code level affects the priority of the mission. Mission codes can be played on any difficulty rank. This includes the Infinity Mission rank which contains monsters above level 200.

On page 1: Mission codes can contain the boss and the types of monsters that appear, for example in the picture above, De Ragan is the boss and Moatoob and SEED monsters appear. The "Monster Level" is based on the degree of difficulty you select, then adds that amount to it.

On Page 2:  The mission field and special effects are shown. The above shows how there's a special effect to increase the drop rate.

For example, the picture above is using the "Huge Monster of the Fresh Green" mission code as the "Plus Mission" then changing the "base mission" to Neudaiz' cherry blossom fields. This can also change what the enemies drop.

In the original mission code, you have Moatoob and Seed enemies in the green plains of Parum. They, for example, would normally drop sword related weapons in that field, once you change it to the cherry blossom field, they will drop rifles instead.

The created mission code will have a brand new name that reflects the contents of the mission code. The resulting name became "Huge Monster of the Bloom."

The images confirm the ability of downloadable mission codes. Recall the Pre-order post where they will give you a card containing the mission code for Dyla Bravas to appear as a boss. 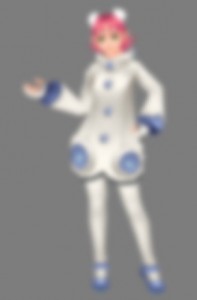 Terada says there's an outfit based on PSZero
He blurred it of course but it sure is obvious..

Captain T updated today with a little info about friend search, though personally I'd rather Sakai talk about it.  Instead we'll go through Shougai's interpretation on what Terada was talking about.

Basically the confusion as to why "you" couldn't gain any levels was that if you converted your own character (that you made) as a partner character, then that character can't gain levels.