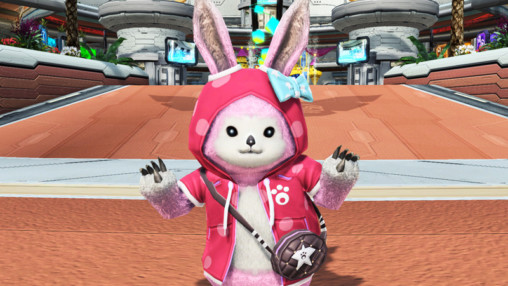 Lilika is the PSO2 character of Mika Konoe, treasurer of Seiga Academy's student council. She wears a unique pink Lillipa suit at all times and fights with wired lances.

※Lilika was introduced to PSO2 as a temporary NPC in an update on June 22nd, 2016.

※Lilika's cosmetics are included with the Vol. 4 Blu-ray/DVD of the PSO2 anime.