Players can choose to HIT, STAY, or DOUBLE DOWN!

On February 12th, you and up to four other friends can play a new Casino game with Nyau as your dealer. As the name suggests, Black Nyack runs basically like a Black Jack game with some slight changes. For one, there's a special card whose number changes based on the value shown on the dice, among other things…

Coinciding with its release will be new casino prizes like a Nyau Mag and the Mesetaliburn weapon camo. 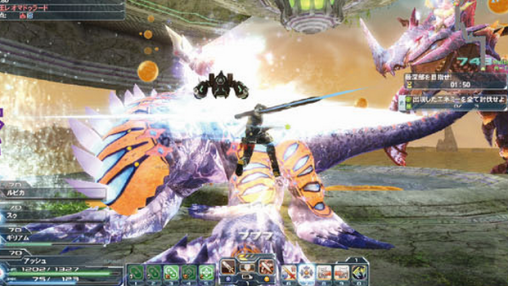 Facing Nepto Cassadora and Rheo Madullard can make for a challenge when the troublesome Bal Rodos makes his appearance. Be on guard, as you'll come across Bal Rodos several times throughout the quest. Aside from that, "Rampaging Malice" and "Chaotic Tranquility" are going to let players try them out on Extra Hard difficulty. 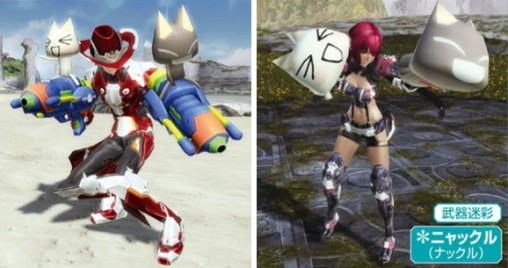 PSO2 will collaborate with Doko Demo Issyo by having Nyau appear in quests with weapons themed after Toro and Kuro. Players will also be able to dress up as the loveable mascots in all new Toro and Kuro costumes.  Other wonderfully themed items can be obtained as well, like the Nyat Boots, Nyackle and Spnyash weapon camos. 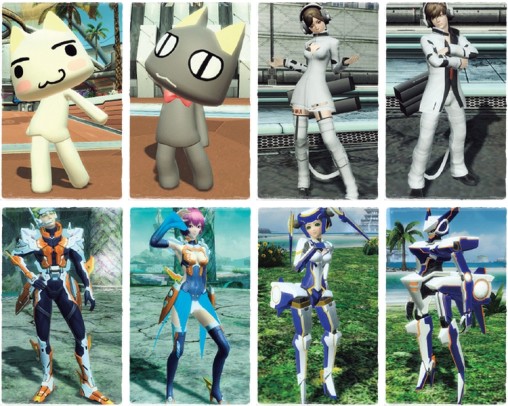 The Freedom Wars collaboration will feature "Prisoner-Issue Clothing" for both males and females. In addition, those familiar with the game will be happy to see the "Thorns" appearing as a weapon camo.

13 thoughts to “New Casino Game Coming to PSO2 This February!”