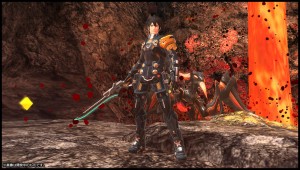 Humans are balanced towards physical strength and photon, they can adapt to every class. 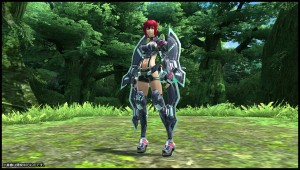 Newmans are skilled in handling the photon. To compensate for their physical weakness, their photon sensitivity is high, unrivaled by the other races. 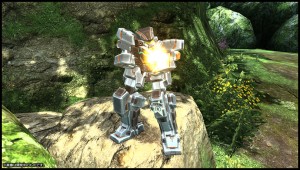 Casts are the machine race, but since their bodies are artificial, their handling of the photon is weak, to compensate for this, they have an exquisitely firm body. 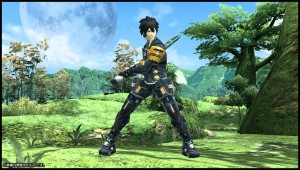 Hunters are mainly for close combat. With high defense and HP, their soloing ability is high. Their weapon types include Sword, Wired Lance, and Gunslash. 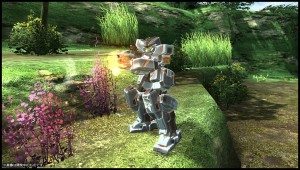 Rangers make full use of gun type weapons. This class attacks mid-range. Their shooting ability is at an all time high, and they can even aim precisely at enemies. Their weapon types include Assault Rifle and Gunslash. 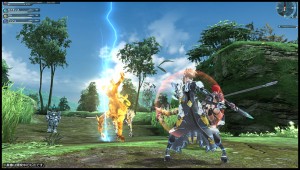 Forces make full use of the photon to fight. This class is great to use for long distance combat. And by utilizing photon, they excel at using technics. Their weapon types include Rods and Gunslash. 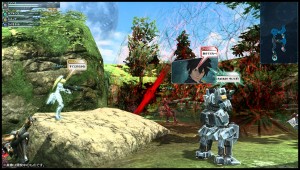 It’s time to save your fellow team mate, Ash!

During a quest, a sudden interrupt event might appear. In the earlier parts of the game, you will receive easy events like, “defeat a specific number of a certain enemy” and the like.  But later on you’ll receive missions like, “Protect a fallen aircraft from the enemy’s attack until repairs are completed.” Or “Rescue a person who was captured”*

Players should be prepared for these occurrences because you won’t know where an interrupt event occurs within the quest. And, even during this, the difficulty may suddenly change.

*(When specifically talking about the interrupt event, the site makes mention of 「ダーカー」, normally titles of enemies or things are separated by quotations, but in this case it wasn’t. “Dahka or Darker?” could possibly be that black and red transparent SEED-like thing in the screenshot.) In Phantasy Star Online 2, the maximum amount of players in a party is 4. However, there are areas where multiple parties can exist at the same time of up to 12 players.  This area is called a “Multi Party Area”, and there’s what’s known as the “Multi Party Quest.” 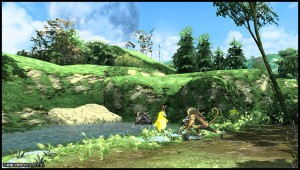 Phantasy Star Online 2 introduces a random field system in which the field changes each time.  In PSO and PSU, there were some elements of randomness, but mainly it was a combination of patterns. PSO2 surpasses the conventional system of randomness, other than some of the geographical features at the goal of the quest, everything else is completely random. This also includes the enemy positioning and the location of events. So each time you enter, you can enjoy the adventure in a different field. 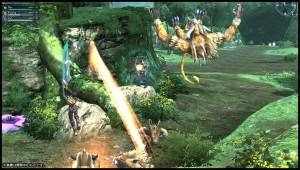 The style of  battle has expanded to new possibilities by introducing the Jump Action. Jump now joins the multitude of actions introduced since Phantasy Star Zero, and Phantasy Star Portable 2; including guarding, and dodge rolling! Hunters can now attack enemies in the air, and rangers can ascend to new heights and aim too. When forces jump, some of their technics’ effective range is expanded. Fight in the style you prefer with Original Combo! You can register your weapons to the action palette. Then setup your Original Combo of photon arts and technics to your special attack button. You can even mix in your normal attacks with your original combo, creating your own personal attack style. In addition, PSO2 reintroduces the sub palette system where you can register items, skills, and technics to the number keys. Making Rangers and Forces even more interesting, TPS Style (Third Person Shooting), places an over the shoulder-like camera style. This gives you the ability to aim your gun and technics to a precise target. You can aim for enemy spawns as they fall from the sky, or even aim at specific weak point. In Character Creation you can select from 10 preset characters or morph your creation using the 4 points on the screen. Your hair color and skin color are modifiable too. You can even modify the more finer details too. Not only can you change the whole body, but you can also modify parts like the length and thickness of the hands and feet. And for the G.I.R.Ls, you can even control the bust size too. Each cast part is changeable too. Though the costumes are a one part suit, you can change your shape greatly by attaching various units to the arm, back, and legs. Low ranking units do not change your appearance, but eventually when you acquire high ranking units, you’ll see a distinct change. So did you ever wonder about the discreprancy between the character artwork and the in game models? Well Bonkohara shined some light on that subject through a mistake of her own. Shougai posted some enemy names from PSO2. These names were posted from Gemaga magazine, ya that magazine that sponsored your Shizuru mission.