Phantasy Star Online 2 is receiving an all-new set of Photon Arts for Wired Lances, Twin Daggers, Katanas, and Assault Rifles in this update! Complete Klariskrays’ new client order and wreak havoc on your enemies with Barantsion, a new ice and light Compound Technic.

Hover over the images to reveal the PA names. 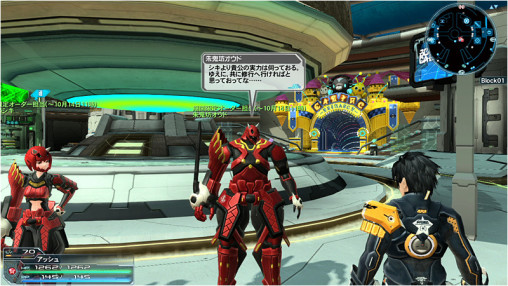 Masaki APSY’s character design, Red Oni-Hime Shiki, will return to the lobby for a limited time. This time, however, she will be joined by Red Oni-bou Oudo! Clear their client orders before they depart on October 14th to receive their partner cards.

Embark on a journey through the land of Kuron. This brand new field is home to a royal palace, nestled in the rocky mountains of Harukotan. Many new Darkers and Kuronites await, like Oro-Ogar and Bicuda Rabitta! The free-field quest will run in a slightly different way than others, now creating a teleporter to the boss area once a certain number of points have been earned. 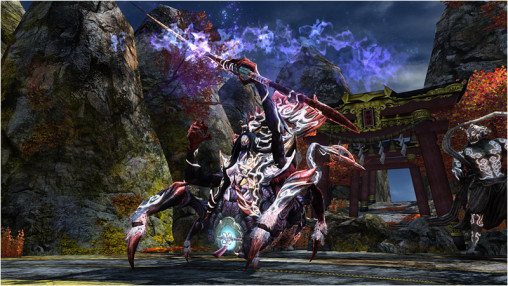 Players must face Guar Zigmorde, a new boss resembling a “Nephila Clavata” spider. Apart from its status effects and wide range attacks is the ability to sentence players with a curse of death! Act quickly, and discover the means of halting this impending doom. Your life is on the line! 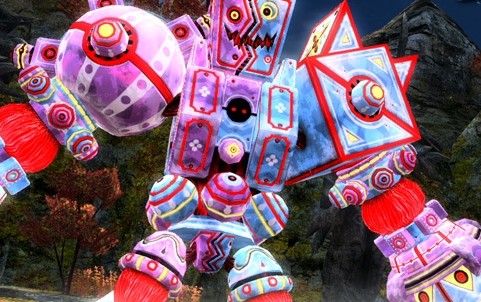 Also encountered is the Codotta Edetta, a Toy Darker boss comprised of several parts. Destroy its parts and watch as its outer shell comes tumbling down. With its weak inner form revealed, players are granted a perfect chance to strike!

Brand new ★12 and ★13 weapons await players as drops from the new Kuron field! Unlucky players need not fear, as they can be acquired by trading in Chandra Stones at the Pyroxene Exchange Shop. These stones can be gained by either clearing the quest, or through client orders.

The collaboration with popular fighting game BlazBlue: Chrono Phantasma has arrived! Emulate some of your favorite characters like Ragna and Noel, with clothing, hairstyles, weapon camos, and even voices.

15 thoughts to “PSO2 JP: Trek within the Rocky Mountains of Kuron”