So as for last week’s Border Break collaboration, it seems to have been a big hit,  and he received many suggestions for the Gurhal Boost Road so he thanks you all for sending them in.

As for Gurren Lagann, it was originally supposed to show up in PSP2, but due to the work schedule it didn’t appear until psp2i. 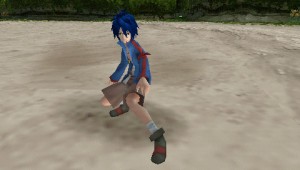 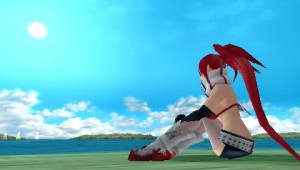 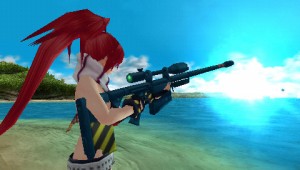 Next week a collaboration with another “AM” is going to be released. (Now what does AM mean? Sega Amusement? That’s a lot of cool game collabs to choose from.)

This week a new email newsletter for PSO2 providing more new information shall be released. They didn’t give a specified day which means I’ll have to stay up every night. 🙁

Sakai actually did an in house  test for PSO2, but this test was performed with other players for the first time. Now that they had a larger number of people playing, they were able to discover some bugs, while the staff found some more assignments to do so the game could be finished safely. Unfortunately you’ll just have to wait some more time.

Since the Sega official forums is down. Edward, Phantasy Star Universe GM joined the PSOW forums to answer some questions with of course reasonable backlash. Though we noticed something in his original message;

Otherwise — please keep in mind that we have only so many people at SEGA, and time is always precious. Some of these people must work on other games; particularly games that are sequels to previous much-loved games for which certain websites are named, if you get my very subtle hint. [~EdwardAges]

Wait what? Is that sequel called Phantasy Star Online __? Sorry a certain lady made me censor it..