Applying for the second alpha test will end in 4 days, so if you haven’t already done so please apply as soon as possible. As for the day the 2nd Alpha Test starts, unfortunately it will not be announced today and you’ll have to wait for those details in the future.

An extremely long list of things to expect in Alpha test 2 was posted, which took a long time to go through. The changes described in previous posts are mentioned in this list. So let’s begin!

Alpha test 2 has now changed the way the Recovery Animation was implemented. People found this animation unpleasant since your character would inject a recovery item into their body. 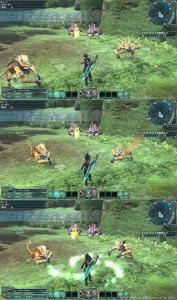 Now this animation has changed where you character drinks a recovery item instead.