Introducing a new field on Planet Wopal. The mysterious facility Luther left behind has surfaced from the sea. Similarly to the coastal area, the sunlight changes with the passage of time. Be on the lookout for cannons along the field and aim them at enemies who stand in your way.

This time you'll fight two bosses at the same time. Leomadulard scatters combustible oil and slides around the field, while Nept Casadora wields his lance and releases fireballs. 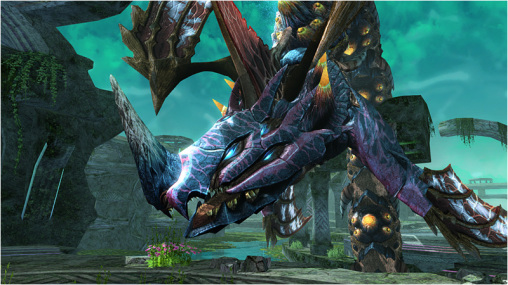 Bal Rodos makes his triumphant return along with some different attacks since the last time we faced him. With 12 players on the field, we can all join forces to defeat him!

There's all sorts of colorful enemies to behold at the facility. 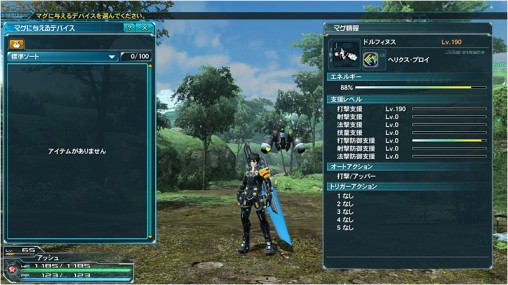 The Mag level cap is rising to Lv. 190! That's fifteen more levels for mags at the current cap. 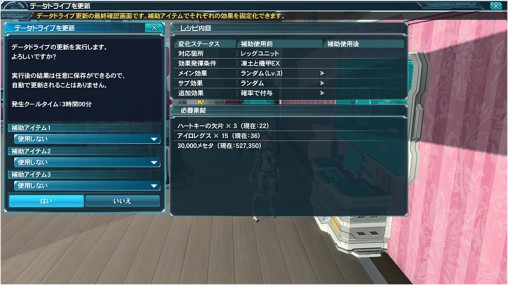 The crafting level cap for Timed Abilities is now Lv. 50. The new crafting recipes not only covers the new field, but extreme quests as well. In addition, tier 3 crafting recipes like [Rear / Forest 3] and [Arm / Coast Exploration 3] will be added. 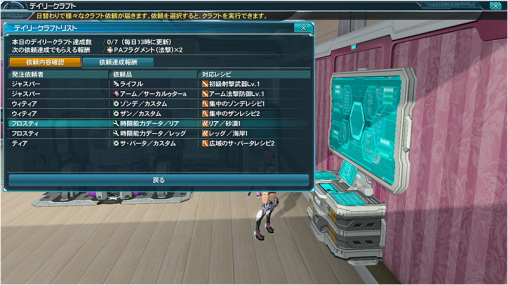 The Daily Crafting System will now cover Timed Ability Installations. Some Technic Customizations and Weapon Extension requests have changed to allow for higher ranking recipes. New NPCs will be added like Frosty who's in charge of requesting Timed Abilities, as well as, Io, Azanami, Saga, Katori, Klotho, and Afin. 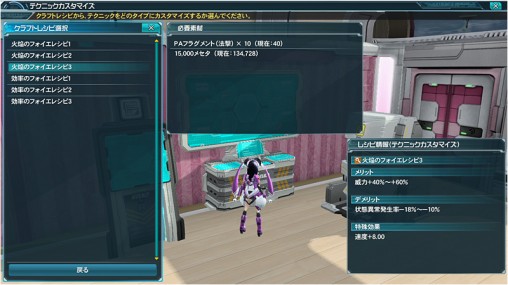 New clothing themed weapons will be dropping from bosses; let's take a look at the sample below.

They're changing the names of all the Lobby Action items. Yes…All of them! Here's an example of the new naming scheme.

It's baaaack! The infamous bikini armor, "Luna Prophecy," is returning to Phantasy Star on October 8th.  Show off your team spirit with new jerseys and a cheerleader outfit!

封印されし真眼Ｂ Sealed Eye of Truth B