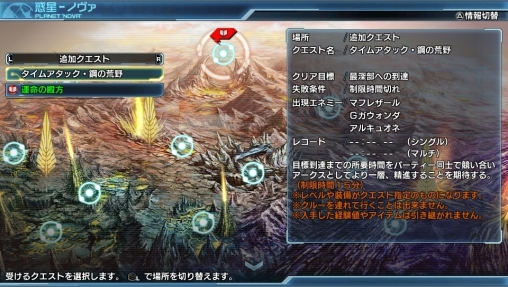 This update introduces two new characters to the game as part of the
「マキア外伝」 Makhia Side Story.

A young lady forced into the ARKS by her bigwig father. Garnet was raised in the lap of luxury, naive to the ways of the world. She expresses her dissatisfaction even while on duty; declaring she's either hot or cold, or wants to go shopping!

As a member of Delta Valiant's security forces, Sunshout keeps an eye on crime within the ARKS so that peace and order can be maintained. Being a Cast of logic, he conducts an investigation into a suspicious case.