Due to the disconnections, lag, and server downtime, Phantasy Star Online 2 Closed Beta Test became very difficult to play during peak times. Through everyone's cooperation, the source of this problem became clear. On Thursday after maintenance, the server status improved.

We are therefore extending the time of the closed beta test to April 30th, 2012 until 23:00 JST. That's two extra days of beta testing.

You may also invite your friends into the Closed Beta Test by using the CBT Invite Form by logging into your SEGA ID. (Make sure your friends brush up on Katakana.) 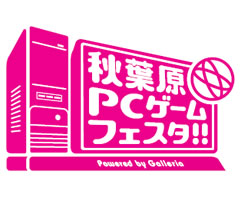 On May 3rd, Phantasy Star Online 2 Fan Briefing the 2nd begins. You can watch the first part of this event LIVE May 3rd, 2012 on Nico Nico.

During Part 1, Sakai will talk about the new features coming up after the next test (including new fields, new weapons, new story quests, etc.)

During Part 2, Sakai will answer questions submitted by the fans. He will also show a LIVE demonstration of the new field!

The Return of Mag Cells

In Phantasy Star Online, under certain conditions you could give your mag a "Mag Cell" to change its form into a unique appearance like a Dreamcast. However in PSO2, you can feed mags with items called "Devices."

Sakai in an interview with Famitsu Connect!on touched briefly about this subject. In PSO2 you can give your mag these devices that will let your mag perform additional actions (see Mag post for details). Some of these devices are cash items. These devices could be used to change the physical appearance of your mag. For example, there could be something that makes the mag look like Sonic.