Hello, Sakai updated today, nothing really that important actually. He was really busy with postproduction work on that prologue movie that was mentioned a while back and didn’t get the time to finish up the Alpha Test 2 Player report. Even though 50,000 people played the alpha test, only 24,000 people completed the questionnaire.

The effect of the improvements to character creation can be seen in that Cast usage has increased since last time. Even though the gamepad wasn’t working the first day, about 65% used it. Keyboard and mouse usage increased from 23% to 35%.

The entry in the questionnaire where you had to grade each aspect of the game with a score of 1 – 5, each section got a higher grade this time.

About 5,000 people actually participated in the BBS. There’s about 1,000 threads, and 18,000 replies. It was interesting to see the various opinions people had about the game to show which aspects were going in the right direction.

Just so you know, the Alpha Test 2 Players site will shut down once the report is released. But the good news is that from March, we’ll have announcements almost every week. 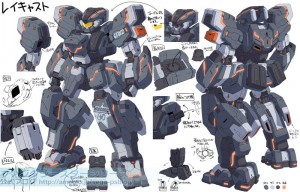 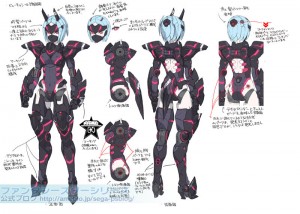 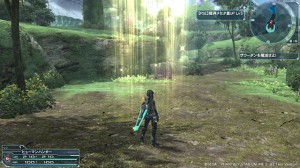 Various effects may occur when you slay enemies, which is known as Photon Sensitive Effect. When these occur, can receive various bonuses like increased stats or experience points.  As it occurs, PSE levels can increase the effect of the bonuses applied. 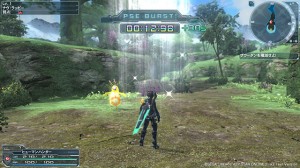 When you reach the 8th PSE level, you will achieve a PSE Burst. The effects increase dramatically for a limited time. You can extend the time of the PSE Burst when you keep killing enemies. 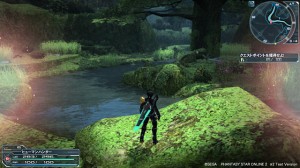 Before a PSE occurs, some kind of omen is displayed on the screen.

One of my favorite things about the PSE Burst is how the battle music slightly changes reminiscent to Phantasy Star Zero’s rare enemy music.

What if you could bring your PSO2 avatar to life in a physical 3D form. Unfortunately such a thing would be considerably expensive, like 30,000 yen. Plus how many people could actually afford such a service?