So far we get to see a new city and we’re going to add some of the points of improvement that will change from the Alpha Test. 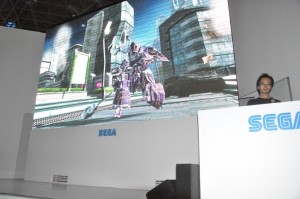 If you were wondering, the current issue with the eyebrows was that you were allowed to choose only three colors, black, brown, and white. Now they will greatly improve upon this aspect so that at least it can match your hair color. How this will be implemented I do not know yet.

As for the User Interface, some players were complaining at how small some of the icons were.

There were many requests to remove defense stats on clothing. Players like the ability to wear what they want freely without having the problem where end-game, everyone wears the same clothes.

The damage given from techs that were not charged was fairly low. Now these uncharged techs will have higher damage output. Also, forces can now charge techs that are in the sub-palette. Previously only techs that were linked to the rod could be charged. 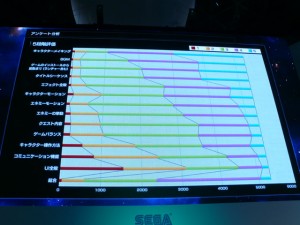 After the Alpha Test, users were asked to report their opinions on things they liked about the alpha test. Features like operating their player character, user interface, and communication were rated low while Character Creation and Background Music were rated high.

“To those that participated in the Alpha Test, thank you very much for giving us your precious opinions and time […] Because there are other elements that were not announced yet like Mags and My Room, please expect announcements in the future” ~Producer Satoshi Sakai

As for 4Gamer, they were able to fight the dragon at level 10 and they noted that if you destroy a part on the tail, it will reduce the range and power of it’s attack. 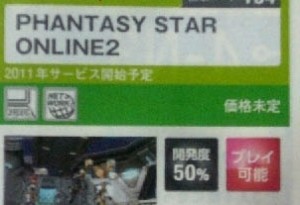 According to the pamphlet distributed at Tokyo Game Show, as of September 2011, Phantasy Star Online 2 is 50% complete.