Good morning! Phantasy Star Online 2 had a minor website update featuring the screenshots from 4gamer albeit smaller. A small notice states they are development images. 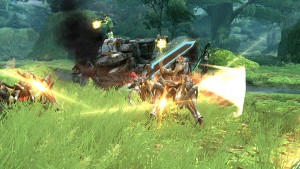 With PSO2, Sakai wants you to feel "surprised" and a sense of "discovery"  just like you did when you initially played PSO. As you all know, PSO2 is still for PC, it is a platform they chose for its high flexibility. As for trying to get as many people to play, so far we know this isn't a game where you absolutely need to buy a new PC to play.

"The elements you have seen in Phantasy Star Online 2 so far is just one of the many new pleasures you can experience. I think we may have a chance to talk about more details in an announcement before the alpha test starts. " ~Satoshi Sakai

You still have some time to sign up for the alpha test until May 20th, 2011. Afterwards Sega will announce the winners chosen sometime in mid-June.

I also signed up, so lets hope we all make it! 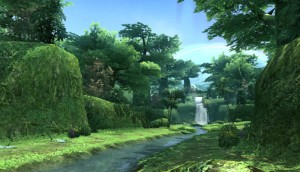 Sakai posted a blog post about PSO2, it's more conceptual information than actual information, but regardless the game is currently before the alpha stage. Here are some selected notes. ( My Personal Commentary is in this color.)

Once the high resolution movie comes out at the official site, he's going to talk more about the "world" of PSo2. So maybe we'll learn more about the Arks, Oracle, and this evil. 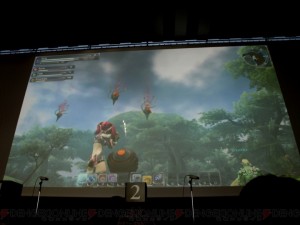 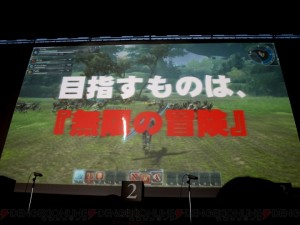 You can see icons more clearly for now. (Dinal) makes a crash landing during an "Interrupt Event."