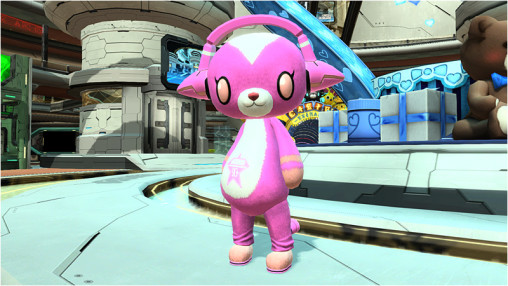 The Arks Ship Competition is an event where all ships compete for the highest score by clearing the objectives in each round. Arkumami will be returning to host the event. Speak to her in the Shopping Area to access event information and the prize shop. 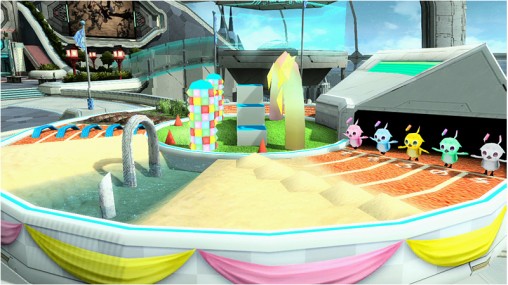 Round Objectives / Stars and Points 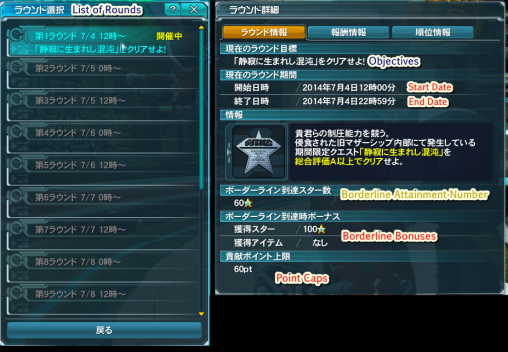 Each round has an objective where players must defeat a certain enemy, or clear a certain quest. Clear these objectives to earn stars and points. 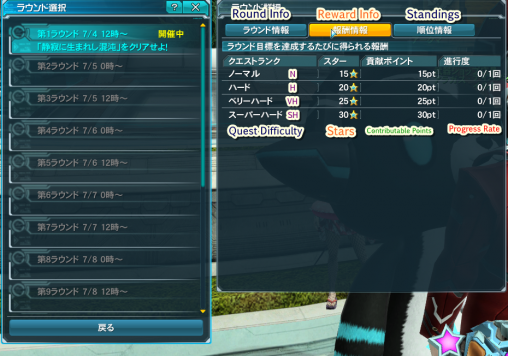 This tab lists the rewards you can acquire per difficulty level. For example, in the screenshot above, clearing the targeted quest on Super Hard nets you 30 stars and 30 points. The points themselves will be contributed into your group's overall score. You may do these tasks over and over until you reach the cap.

Click on the "Objectives" tab, to learn more about the cap.

The event is divided into several rounds which start every 12 hours. At the end of each round, points contributed by players are tallied to determine the winning group. Each group will then earn "victory points" based on the order in which they place.


The group with the most victory points at the end of the entire event will become the champions! 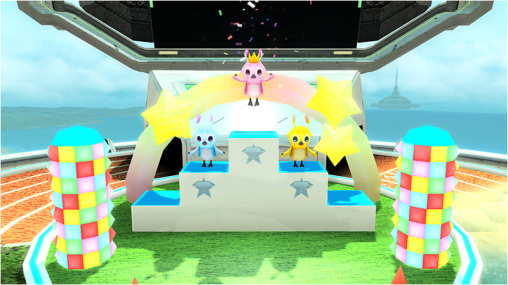 The Rappy Race visualizes the current standings for each round. Results will be posted on the large monitors after the round is complete. 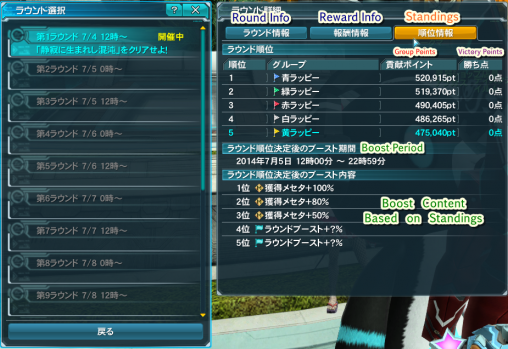 Groups that ranked high could acquire EXP, Rare Drop, or other boosts. Groups that scored the lowest points will acquire a Round Boost. The number of points at the conclusion of the previous round determines the percentage of the Round Boost. Whatever boosts you receive will be listed in the round information window for you to confirm. Details of each boost will be listed in the "Current Boost Information" section, just to the right of the "Round Information" window.

This tab also lists the schedule for the boost event which usually occurs in the next round ahead. For example, since Round #1 started on June 28th  at 12 PM, then the boost period will apply in Round #2 on June 29th at 12 AM. 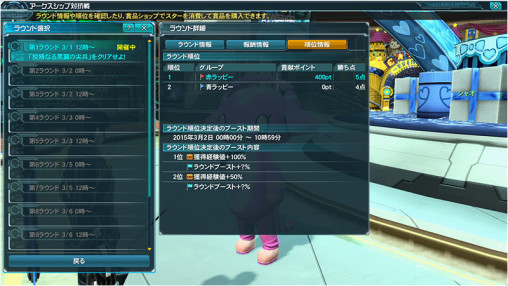 Each group will receive a General Boost based on the results of the previous round. General boosts, for example, may cover [Rare Drop] or [Rare Enemy] boosts, among other things. Groups that ranked high will acquire higher percentages, compared to the groups that rank low.

Round Boosts, on the other hand, have percentages set for each group based on the group that contributes the most amount of points. This pertains only to the points contributed directly by the group. Points that were affected by the Round Boost do not factor into this formula. Whether or not your ship receives a Round Boost can be confirmed by accessing the Round Boost information at the Quest Counter. 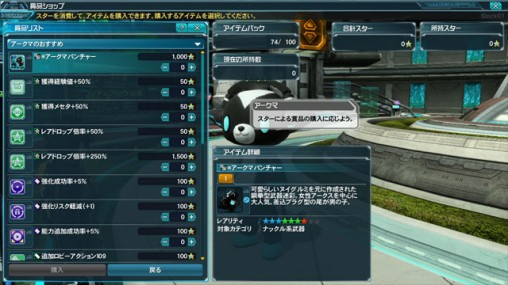 The final results will be announced on the large monitors at the conclusion of the entire event. Each participant will receive a number of stars based on their final ship ranking. These stars can be used to purchase items at the Prize Shop.

These items are available to all groups regardless of their final standings at the completion of the event. These prizes will be available beginning April 3rd at 22:31 JST.