The performance will excite and bewilder players with its ludicrous visuals, such as the Mega Sachiko. In the final stretch of the event, Sachiko even takes to the skies over the audience aboard a Phoenix.

At the request of the audience, Sachiko will perform an encore of her rendition of “Senbonzakura.” You won’t want to miss the spectacle as ray guns sprout cherry blossoms across the lobby.

If you’re attending the ARKS Festival, don’t forget to pick up the Youkoso ARKS CD which contains item codes for the music disc, a jukebox, and a panel featuring a cutout of Sachiko Kobayashi.

The King of the Monsters resurges aboard the ARKS Ship! Godzilla, featuring his Heisei series design, will appear in the Shop Area lobby for a limited time, unleashing his signature roar and atomic breath. 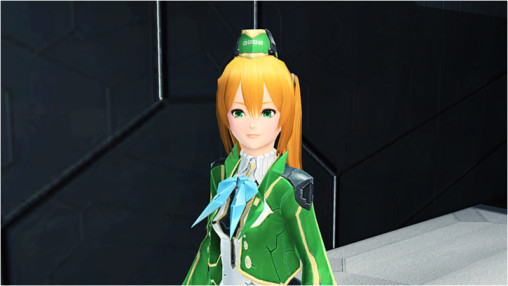 A new Ranking System will automatically separate players into 20 person groups where they must compete for the highest score. This system tasks players with completing various objectives, like defeating a specific enemy.

You can find details on your current league by speaking to Mimi in the Gate Area lobby. She’ll also supply you with Star Gems and other rewards based on your placement in the ranking.

Enga, serving as liaison of the Earth Guides, pays a visit to Oracle. Suddenly, he and Hitsugi begin to argue. “What is her reason to fight” is a question Hitsugi frets over, but as the story moves forward, someone makes their appearance… 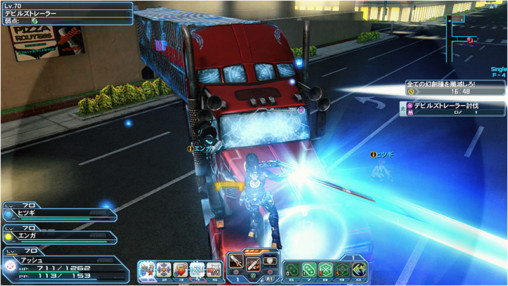 This story update gives you the first chance to play in the new Las Vegas field. Here you can see new Phantoms including the maniacal boss, “Devil’s Trailer.” 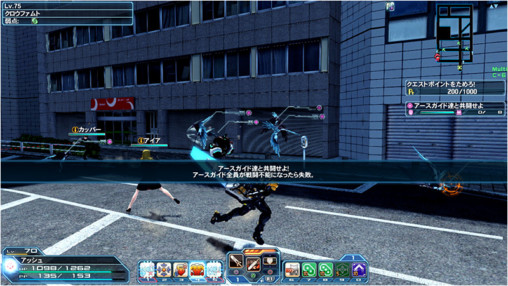 As you progress through the story, you’ll see members of the “Earth Guides” appear in other quests around Earth. 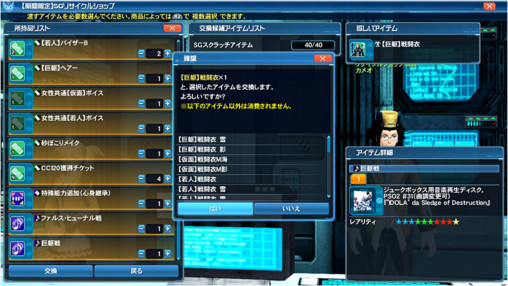 Those unlucky with the SG Scratch can trade in all those unwanted items for an item they actually desire. For example, you can trade in 40 SG Scratch Items to receive an [Elder] Battle suit. Premium Set users will now be able to hold up to 5 Collection Sheets. The interface has also been adjusted so that you can conveniently view the sheet’s distribution period and cooldown times. 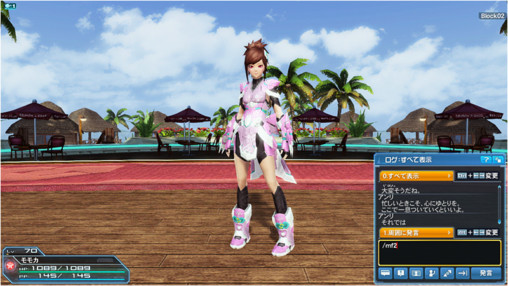 The wait is finally over! Now you can switch to any of your fashion presets with the new (/mf) chat command. In addition, you can use the (/face) command to change your character’s facial expression.

Aside from that, Cut-ins will no longer temporarily reset the direction of your character’s eyes if the (/ce) command is in use.

Weaponoid Potentials And Other Features New weaponoid potentials for Imperial Pick, Nasuyoteri, H44 Missouri T, and Momijihime are coming along in this update.

The following Weaponoid Potentials will receive buffs to their power.

New swimwear is finally here, now supporting layered wear functionality! Additionally, the popular sexy bikini and speedo costumes are back in the form of basewear. These new basewear outfits will be eligible for the Beach Wars PSE bonus effect.