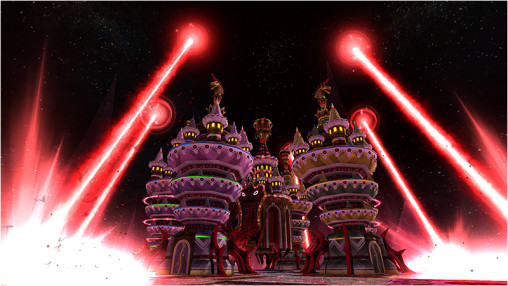 It’s time to end Dark Falz Double’s reign of terror. In this new Emergency Quest, players will face off against the large toy castle form of Double. But that’s not all…The true threat lies just beyond, surpassing even the might of Dark Falz. 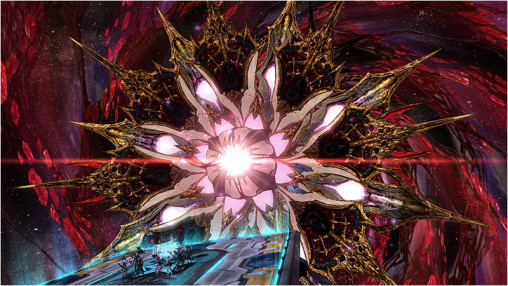 After defeating Double, players will come face-to-face with a second, more powerful boss. The combined efforts of players clearing the quest will increase the annihilation rate. Once this rate reaches a certain value, the [A.R.K.S] effect will occur. This effect increases both HP and PP for players still in the quest, giving struggling groups a better chance to survive.

The quest will also feature a new ranking system. Be among the first to complete the quest to place among the top results.

There will be some restrictions placed on the quest, limiting you to clearing it only once per ship. In other words, once you’ve cleared the quest on a particular ship, you won’t be able to switch characters and play the quest again from the same ship. In addition, the Ranger’s Weak Bullet skill will be rendered less effective, displaying its mark in a different color at the spot that hit the enemy.

Like the Dark Falz battles before it, players will strike a victory pose upon its completion. And among the selection of possible drops is the new ★13 “Invade” series of weapons. If luck isn’t on your side, they can also be obtained by trading in [Profound Caligula Fragments].

Over at Zieg’s Emblem Exchange Shop, players can trade in their “Invade” weapons, in conjunction with various exchange materials, for the more powerful “Austere” weapon series.

For example, the Austere Calibur requires:

The Fairy Tail Guild will appear for a limited time as a Team Room. Recreate moments from the Fairy Tail series with this replica of the tavern. Head up to the second floor where only S-Class Mages are permitted, or gather with teammates around the bar and soak up the atmosphere. The room will only be available until November 25th, so hop to it! 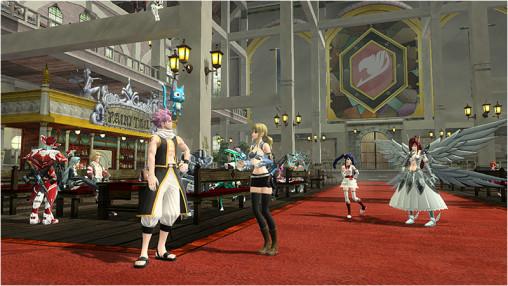 The previously announced Fairy Tail collaboration will appear in this update, featuring the clothing and hairstyles of Natsu and his fellow guild mates. Slink into battle with new ninja inspired costumes for male and female characters.